South Africa: 'Phumla Williams Is One of the Most Shameful Manipulators and Liars That I Have Ever Had the Displeasure to Encounter' - Faith Muthambi 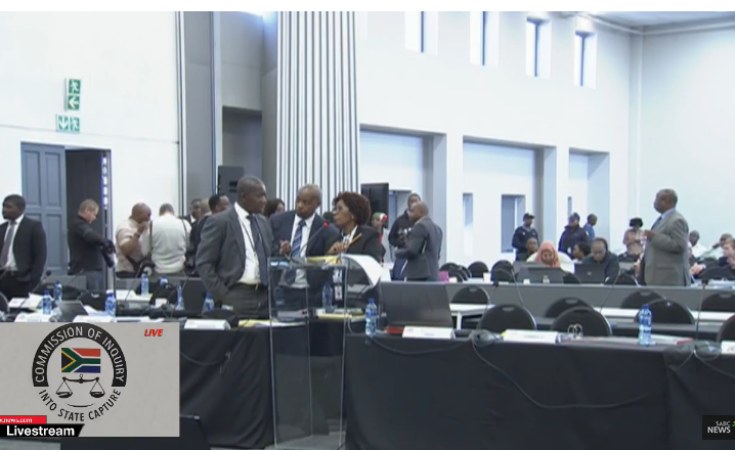 Former communications minister Faith Muthambi says she is seeking legal advice after she was implicated in the commission of inquiry into state capture, by acting GCIS Director General Phumla Williams.

In a statement released on Tuesday, Muthambi threatened to expose Williams' testimony as lies.

"I am seeking legal advice on these extremely once-sided evidence laced with half-truths and blatant lies that Ms Williams presented to the Commission. A very different truth will emerge, and her lies and reactionary agenda will be finally exposed for all to see (sic)," Muthambi said.

She added that Williams' testimony violated the credibility of the commission.

"Phumla Williams is one of the most shameful manipulators and liars that I have ever had the displeasure to encounter," Muthambi added.

Williams accused Muthambi of wanting to "steal at all cost," removing 70 percent of her functions including procurement and finances.

Read the statement below:

The testimony of Phumla Williams is a travesty to derail the pursuit of truth.

The Judicial Commission of Inquiry into Allegations of State Capture, Corruption and Fraud in the Public Sector including Organs of the State, is an important judicial mechanism to shed light on the nature and functioning of the State.

As a responsible and patriotic citizen, I welcome any initiative that helps to expose and root out undue influence on any lever of the State, and which will hold accountable any culpable or guilty person, party or organisation in this regard.

I also have due respect for this Commission, and I acknowledge the ambit and authority of the Commissions' terms of reference.

In this regard, I watched with grave disappointment, and alarm, as many South Africans did , the televised testimony of Ms Phumla Williams, which, in my view, violated the very spirit and credibility of the Commission. Ms Williams may well have jeopardized the intent and outcome of the Commission by reducing her opportunity to provide legal and credible testimony to a personal, inappropriate and unjustified attack on myself.

Because of the intimate knowledge that I have of the management of GCIS, I could not but respond with shock, (but also a degree of dejavu and familiarity) because I have experienced her modus operandi over years. Phumla Williams is one of the most shameful manipulators and liars that I have ever had the displeasure to encounter.

As is always the case with Ms. Williams, she has once again taken the opportunity to undermine an important institution to make it all about herself. This was the usual all consuming sense of entitlement, the willful distortion of the facts to paint herself as a victim, casting aspersions on her erstwhile colleagues, tarnishing the reputation of the GCIS and undermining the painstaking work it has undertaken under various leaders to establish itself as an apolitical instrument to further our democracy.

This is exactly the Phumla Williams I worked with, who couldn't pass the opportunity to tell a lie - any lie - to ingratiate herself with anyone in a position of authority, and now panders to the most basest instincts of the public. Her emotional self-serving outburst, and entirely inappropriate attempt to refer to ordinary managerial and management processes as similar to torture, and her experiences in detention, is so deliberately emotionally manipulative, that it would have been laughable if her intentions in doing so were not so blatantly malicious and informed by an irrational (almost psychotic) hatred for me. It is evident that we are dealing here with an emotionally unhinged person. Fortunately, in doing so, her facade has dropped, and the real Phumla Williams is now exposed for all to see.

I am seeking legal advice on these extremely once-sided evidence laced with half-truths and blatant lies that Ms. Williams presented to the Commission. A very different truth will emerge, and her lies and reactionary agenda will be finally exposed for all to see.

It is unfortunate that such a prestigious Commission is being compromised to hear matters that, if legitimate, should have sought legal address through human resource avenues or other appropriate legal channels, when these grievances materialized, which in this instance was many years ago. 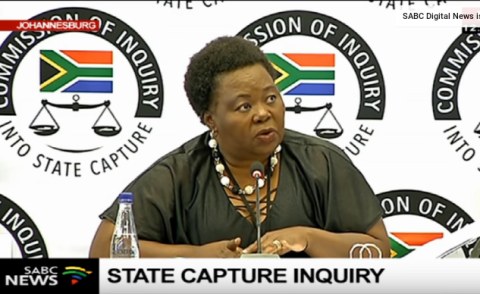 Why Do The Guptas Want to Cross-Examine via Video? #StateCapture
Tagged:
Copyright © 2018 News24Wire. All rights reserved. Distributed by AllAfrica Global Media (allAfrica.com). To contact the copyright holder directly for corrections — or for permission to republish or make other authorized use of this material, click here.