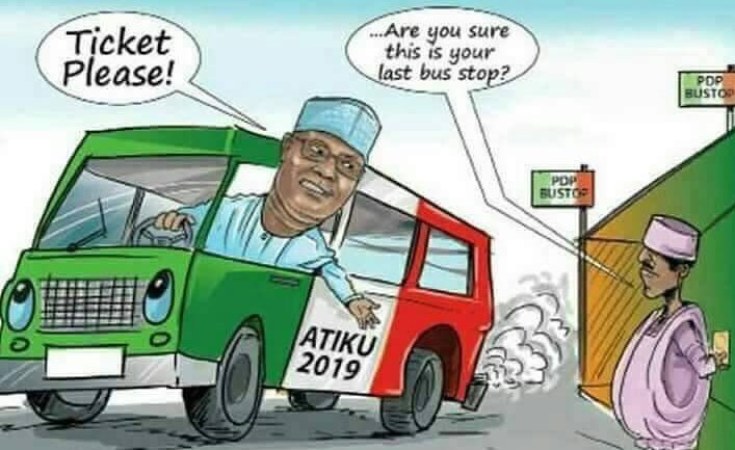 Nigerian presidential hopeful Atiku Abubakar said he will scrap a system of multiple exchange rates to attract foreign investment and accused President Muhammadu Buhari of failing to deal with the nation's security challenges.

Investors and the International Monetary Fund have long called for Nigeria to liberalize its currency regime to boost an economy that's still struggling after the 2014 crash in crude prices. While he would need more advice before deciding whether to float the naira, it was important to have a "deregulated foreign-exchange market," Abubakar said in a separate interview.

Abubakar, a Muslim from the north and a father of 26 children, is one of the main contenders to be the candidate of the opposition People's Democratic Party, which will hold primaries later this year, along with Senate President Bukola Saraki and three former state governors. Abubakar defected from Buhari's ruling All Progressives Congress last year, the second time he returned to the PDP in a decade.

Abubakar has been a presidential aspirant in three different parties since Nigeria returned to democratic rule in 1999. He lost to Buhari in the APC primaries in 2015 but supported him as the candidate. Buhari's victory against then President Goodluck Jonathan marked the first time in Nigeria's history that an opposition challenger took power through the ballot box.

Buhari may not be willing to leave office if he loses the election in February, Abubakar said.

"He is very stern, very uncompromising and power-drunk," Abubakar said. "He may not be ready to relinquish power without a fight. I have my fears. There may not be credible elections."

A former Nigerian Customs Service top official who became a major shareholder in Intels Nigeria Ltd., an oil-service company, he favors regional autonomy and power devolution, a stance that has popular appeal particularly in southern Nigeria.

Abubakar blamed Buhari for failing to diversify the economy from oil and handle security problems ranging from Boko Haram's Islamist insurgency to deadly clashes between farmers and herdsmen.

"It's been a disappointment," he said. "We have done very badly as far as the economy, security and the unity of the country are concerned."

Abubakar said his experience as vice president and in business stood him in good stead to govern Nigeria.

"I have a strong track record," he said. "The economy did well when we were in government. The private sector was booming. And I've been a successful businessman. Buhari has driven out foreign investors."