Nigeria Has Benefited Over $5 Bn in Projects From FOCAC, Says Buhari 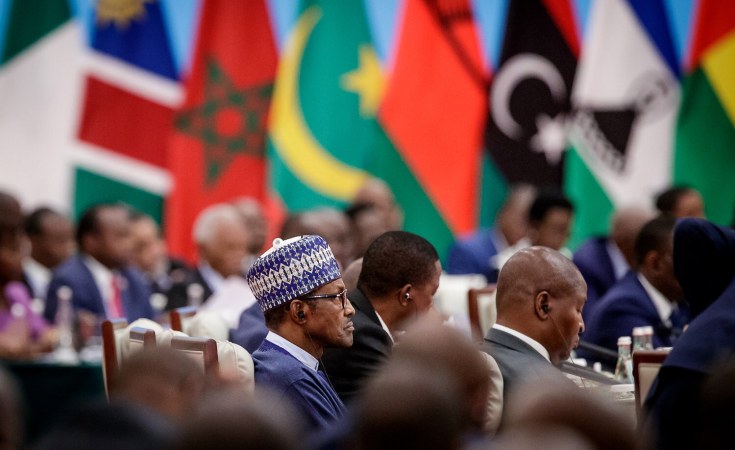 Abuja — Nigeria's partnership with China through the Forum on China-Africa Cooperation (FOCAC) has resulted in the execution of vital infrastructure projects across the country, valued at over $5 billion in the last three years of the current administration.

"For Nigeria, our partnership with China through the FOCAC platform, has resulted in the construction of the first urban rail system in West Africa. This $500 million project in Abuja was commissioned in July this year."A statement by Senior Special Assistant on Media and Publicity, Garba Shehu, yesterday said President Buhari also cited the construction and operation of the first rail system in Africa that uses modern Chinese standards and technology.

"This 180km rail line that connects Abuja and Kaduna was commissioned two years ago at a cost of $500 million. Today, the rail line is functioning efficiently with no issues - indeed, a sign that Chinese technology is world class," he noted. According to Buhari, "Nigeria is leveraging Chinese funding to execute $3.4 billion worth of projects at various stages of completion. These include the upgrading of airport terminals, the Lagos - Kano rail line, Zungeru hydroelectric power project and fibre cables for our internet infrastructure.

"Less than three months ago, Nigeria signed an additional $1billion loan from China for additional rolling stock for the newly constructed rail lines as well as road rehabilitation and water supply projects".

The president said that the aforementioned projects had demonstrated the high level of consistency and commitment China had shown in boosting its relations with African countries under the umbrella of FOCAC.President Buhari dispelled insinuations about the so-called death trap by Chinese government on developing countries, insisting that Nigeria would be able to re-pay the loans.

Meanwhile, former Deputy National Publicity Secretary of the All Progressives Congress (APC), Comrade Timi Frank, has enjoined the National Assembly to probe the utilisation of over $11billion external loans granted to Buhari's administration in the last three years.

Frank, who fielded questions from reporters in Abuja, said there was little or nothing on ground in terms of concrete economic, social and infrastructural development to justify the huge debt already incurred by Buhari."This is not the way Buhari met Nigeria and he must not be allowed to worsen the economic condition of the country further, having failed to improve it. The National Assembly owes the country a duty to stop approving incessant foreign loan requests by Buhari.

"The world also owes Nigeria a duty to stop granting these loans because they are not being utilized for the welfare of the people," he stated.Urging President Buhari to exercise restraint over the country's rising debt profile put at N12.15trillion, he said the development could mortgage the future of Nigerians.

Frank pleaded with the Chinese and other foreign governments to be wary of granting loans to the present administration, warning that Nigeria could found itself in the pre-1999 debt level which ex-President Olusegun Obasanjo fought hard to cancel.

FOCAC - Nigeria Benefits Over $5bn in Projects From China - Buhari

Senate Warns On Debt Trap, Okays $2.9 Billion Foreign Loan
Tagged:
Copyright © 2018 The Guardian. All rights reserved. Distributed by AllAfrica Global Media (allAfrica.com). To contact the copyright holder directly for corrections — or for permission to republish or make other authorized use of this material, click here.