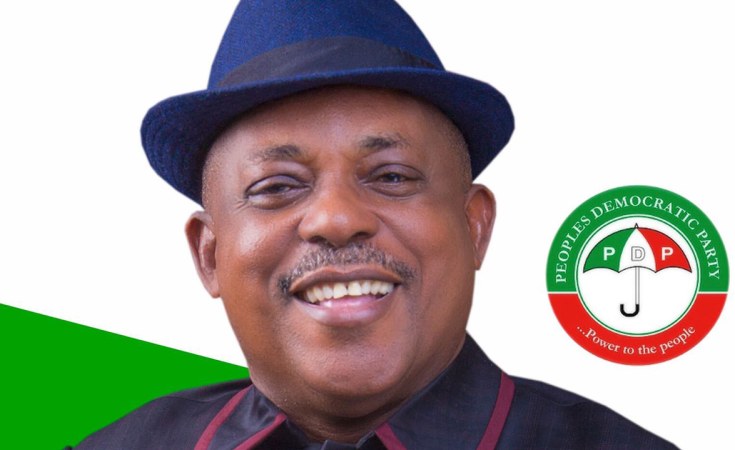 Nigeria's main opposition party, the Peoples Democratic Party (PDP) says it has concluded discussions with six governors of the All Progressives Congress (APC) and 27 of its members in the National Assembly to defect to the PDP.

PDP spokesperson, Kola Ologbondiyan, said the planned defectors have secured the mandates of their constituents to make the move ahead of the 2019 general elections.

If the claims by the PDP turns out to be true, it will be another major setback for the ruling APC after it lost three governors to the PDP between July and August.

They are Samuel Ortom of Benue, Aminu Tambuwal of Sokoto and Abdulfatah Ahmed of Kwara states.

Members of the APC in the National Assembly who joined the PDP from the APC included Senate President Bukola Saraki.

In a statement on Wednesday, Mr Ologbondiyan said discussions with the planned defectors on control of party structures in the affected states and senatorial zones had also reached advanced stage and would be completed in a couple of weeks after which the governors and lawmakers will announce their defection to the PDP.

"In line with decisions reached at the discussions, the members of the National Assembly decamping to the PDP will cross-carpet at the reconvening of session in the two chambers, which will increase the PDP majority in both chambers.

"All grey areas of the agreement, including issues of waivers and accommodation for participation in primaries, are being smoothened out by the former Governor Liyel Imoke-led PDP Contact and Integration Committee, which has been galvanizing our alliances among stakeholders across other parties, including those from the APC."

Mr. Ologbondiyan said the party is ready to take back control of power at the centre, as well as states it describes as its traditional states.

He charged members and supporters of the party to remain steadfast and wary of what he termed as gimmicks of the "deflated APC", which he said had "resorted to sponsoring spurious publications filled with deceptions, fabrications and lies against our party.

"The PDP also commends Nigerians across board for their overwhelming support and solidarity with the repositioned PDP as expressed in the unprecedented interest in our tickets for various elective positions, particularly the presidency, governorship and National Assembly positions, in addition to spirited public discourse at all levels of political engagements across our country."

"These interests and movements from the APC to the PDP are indicators of the consensus by Nigerians to rally on the platform of the PDP to end the economic hardship, bloodletting, violence and infrastructural decay that have become the hallmark of the President Muhammadu Buhari-led APC administration, and return our nation to the path of unity, national cohesion and economic prosperity, which the PDP is known for."

Which Nigeria Party Leader Will Take It All?
Tagged:
Copyright © 2018 Premium Times. All rights reserved. Distributed by AllAfrica Global Media (allAfrica.com). To contact the copyright holder directly for corrections — or for permission to republish or make other authorized use of this material, click here.