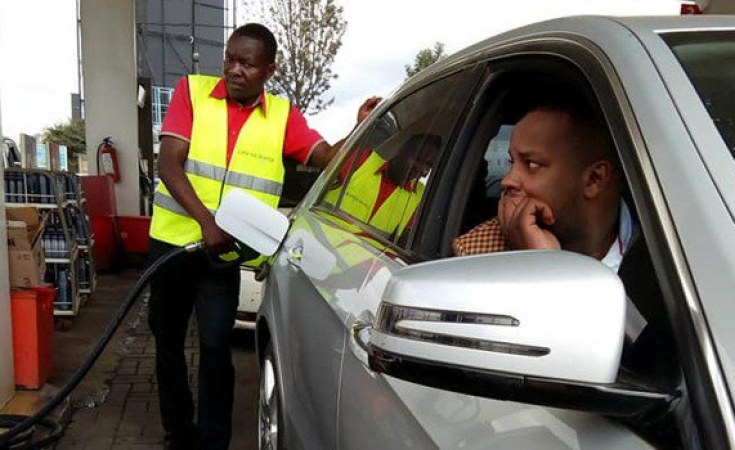 Nairobi News
A motorist fuels at a petrol station in Nairobi on September 05, 2018.
The Nation (Nairobi)
By Agewa Magut

A crowd of fuel distributors railed against Petroleum Principle Secretary Andrew Kamau as he attempted to address them at the Industrial Area fuel depot in Nairobi.

Mr Kamau arrived at the depot on Wednesday to quell the ongoing protest.

The PS mistakenly said that the drivers had blocked roads to prevent the fuel from being distributed to petrol stations.

The crowd got angry and booed him, forcing him to leave.

Representatives from the Matatu Transport Vehicle Association (MTVA) were also present during the meeting.

There has been a shortage of the commodity in Nairobi and some neighbouring counties since the drivers downed their tools.

Some stations in Nairobi and Thika ran out of petrol early Wednesday and ere only selling diesel fuel.

All Eyes On Kenyatta As Uncertainty Over Fuel Tax Persists
Tagged:
Copyright © 2018 The Nation. All rights reserved. Distributed by AllAfrica Global Media (allAfrica.com). To contact the copyright holder directly for corrections — or for permission to republish or make other authorized use of this material, click here.