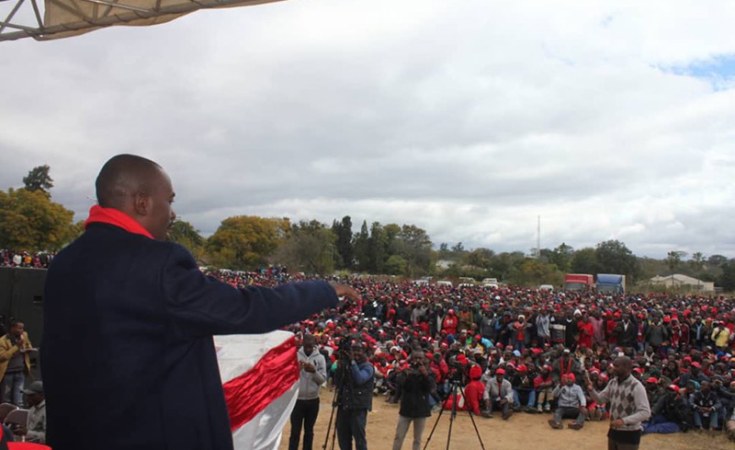 Police had banned the MDC mass event citing the need to avoid the further spread of a typhoid outbreak in Gweru, nearly 60km from Kwekwe.

Following the ban, the Alliance immediately approached the High Court in Bulawayo last week seeking an order to have the police action struck down.

The urgent chamber application failed to be heard as judges were reportedly away from duty to hear the case.

But Justice Nokuthula Moyo finally presided over the matter on Thursday and gave the MDC Alliance the green light to hold the event any time as long as they notified police as was required under the Public Order and Security Act (POSA).

The MDC Alliance had scheduled the rally for Mbizo Shopping Centre.

However, Justice Moyo directed the opposition to instead hold its gathering at Mbizo Stadium where there are proper toilets to service huge crowds.

One of the MDC Alliance's lawyers Tonderai Chitere confirmed Justice Moyo's ruling to NewZimbabwe.com in a telephone interview.

"Although belated, we welcome the ruling," she said.

"We are going to reschedule the rally and advice our supporters when the people's president will address the rally.

"President Chamisa won the elections and people are eager to hear the way forward from him."

Chamisa insists he won the controversial election and his rallies were meant to thank Zimbabweans for "voting overwhelmingly" for him.

Proposed Chamisa Swearing-in Treasonous, Zimbabwe Govt Warns
Tagged:
Copyright © 2018 New Zimbabwe. All rights reserved. Distributed by AllAfrica Global Media (allAfrica.com). To contact the copyright holder directly for corrections — or for permission to republish or make other authorized use of this material, click here.