Africa: What You Need to Know About the Women's Afcon 2018 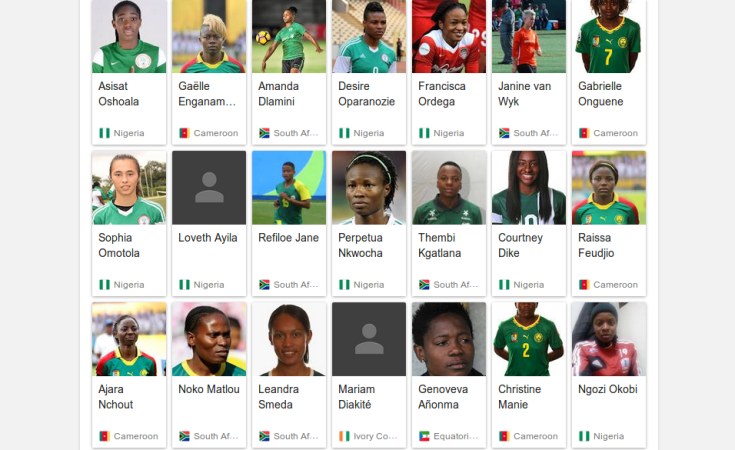 Photo: Google
Some of the players participating in the Women's Afcon tournament in November 2018.
FirstTouch Africa (New York)
By Dennis Takaendesa

Do you miss the World Cup or probably wish there were many more varied football matches to look out for other than just the acclaimed European football leagues or the less followed but equally entertaining domestic leagues on the African continent? If you are really eager for something new and more so run by women, 2018 is your year. The much-celebrated women of Africa who have literally borne the continent will take it to the pitch and remind everyone, who the bosses are.

The women's Africa Cup of Nations officially named the Total Women's Africa Cup of Nations. by reason of CAF's running ten-year sponsorship deal with Total, was first contested in 1991. The biennial tournament pits eight national teams in the finals after a series of preliminary qualifying rounds. The most successful team in the tourney are the Super Falcons of Nigeria with a record ten titles followed by Equatorial Guinea with two. In fact, no other team has won the prize besides these two.

You would have probably guessed that it's Nigeria. The Super Falcons have been unrelenting in their journey of total dominance over the years. If you have been the follower of the tournament you must remember the legendary Perpetua Ijeoma Nkowcha. Perpetua won five of the seven AFCON tournaments in the Falcons colors. She is a deadly assailant in front of goal with 80 goals in 99 caps for Nigeria. They won the 2016 campaign in Cameroon after defeating the hosts, 1-0 in the final. Let it be known, women's football on the continent is just getting better and better, one would be brave to fancy Nigeria to continue this dominance in the foreseeable future.

Ghana will be hosting the 2018 Total Women's Africa Cup of Nations from the 17th of November to the 1st of December. The tournament is scheduled to run in two cities namely Accra and Cape Coast. There were media reports flying around suggesting that the West African nation may be stripped of its rights to host the tourney but the final verdict will be known after CAF's Executive meeting to be held between 27-28 September 2018.

Francisca Ordega #17 of Nigeria celebrates her game-tying goal against Sweden with Onome Ebi #5, Asisat Oshoala #8 and Ngozi Ebere #23 during the FIFA Women's World Cup Canada 2015 Group D match between Sweden and Nigeria at Winnipeg Stadium on June 8, 2015 in Winnipeg, Canada.

Who will be participating in the finals?

The eight teams fighting for the coveted prize are as follows:

The Black Queens of Ghana (hosts)

The Super Falcons of Nigeria

The Indomitable Lionesses of Cameroon

The Fennecs of Algeria

The Female Eagles of Mali

These eight will be placed in two groups of four, with the first two teams from each group advancing to the semi-finals.

Players to look out for in the qualifiers

African Women's Footballer of the Year award winner for the years 2014, 2016 and 2017, Nigeria's Asisat Oshoala will be on show again this year. The 23-year-old ran away with the player of the tournament in 2016 and would most certainly be a key ingredient in the Falcons' proposed title defence. Oshoala is currently enjoying life in China bagging the 2017 Chinese Women's Super League Top goalscorer award, a much needed breath of fresh air after less ideal career at Liverpool and Arsenal ladies. Here is a full list of the guns to watch out for.

The top three teams from the AFCON finals like the one in November, secure qualification for the FIFA Women's World Cup. This year in particular, should Equatorial Guinea be in the top three, the fourth team gets the spot by virtue of the central African country serving a ban imposed by FIFA

Tagged:
Copyright © 2018 FirstTouch Africa. All rights reserved. Distributed by AllAfrica Global Media (allAfrica.com). To contact the copyright holder directly for corrections — or for permission to republish or make other authorized use of this material, click here.