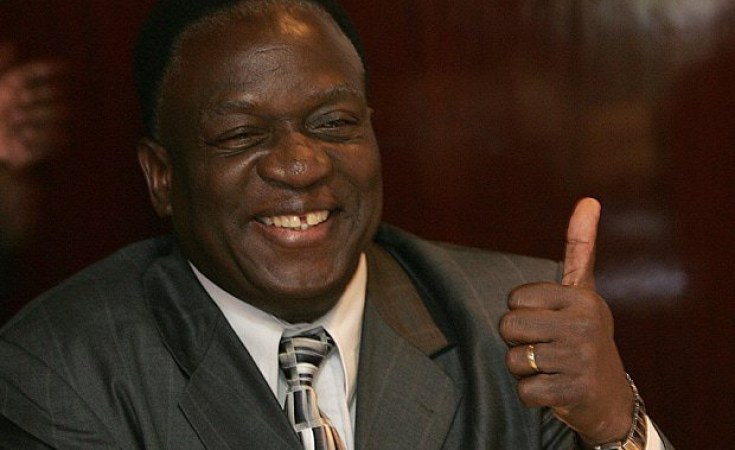 MDC Alliance leader Nelson Chamisa wants any talks with President Emmerson Mnangagwa to yield electoral reforms and an economic rescue package for the country, it has been revealed.

According to a memo to party structures obtained yesterday, Chamisa insists that he won the presidential elections against Mnangagwa, but wants a resolution to the political impasse.

Chamisa told the coalition's structures that although "the people's victory was stolen", he had been "broadly mandated" by the MDC national council to talk to rivals on stringent conditions that include having acceptance of his victory as well as the upholding of the "people's result".

"On 29 August 2018, the national council met in Harare at Morgan Tsvangirai House, to review the situation and consider its position and way forward," he wrote.

"The president is broadly mandated to engage all stakeholders, local and international, in dialogue with the scope of dealing with the current impasse arising from a stolen election and to resolve related governance issues."

However, Chamisa said "any such dialogue by the party must and shall be anchored on a five-point plan (that) includes return to legitimacy and democracy -- the respecting of the win and will of the people, respecting the true outcome of this election".

"Instituting reforms that allow for the holding of truly free, fair and credible elections in Zimbabwe. The reforms must include electoral reforms, political reforms, and constitutional and legal reforms," he said.

Chamisa has refused to acknowledge that Mnangagwa won the July 30 elections as he accused the Zimbabwe Electoral Commission (Zec) of rigging the polls.

After the Constitutional Court threw out the opposition leader's petition challenging the election results, there has been speculation that Zanu PF and MDC Alliance will engage in talks to find a political solution to the poll dispute.

Chamisa, without confirming whether talks between the two rival parties were already underway, said dialogue must be centred around reviving Zimbabwe's struggling economy.

"We need to come up with an immediate shared and robust economic rescue plan to deal with the deteriorating economic situation and the social security and humanitarian situation," he said.

"We have to build our nation, foster healing, peace and reconciliation and this we can by dealing with the rule of law, protection of human rights and good governance issues."

Chamisa said the dialogue must also deal with "democracy hygiene issues and with the debt challenge".

Zanu PF secretary for legal affairs Munyaradzi Paul Mangwana said the ruling party was not under any pressure to negotiate with Chamisa as it controlled Parliament.

"Who does he think he is? He is a citizen of Zimbabwe and President Emmerson Mnangagwa is willing to talk to any progressive citizen without pre-conditions," he charged when asked for a comment about Chamisa's conditions.

"He [Mnangagwa] has the mandate of the people to govern this country and not from Chamisa.

"He must realise that he is a leader of an opposition party that is a minority in Parliament. We can ignore him and nothing will change."

Mangwana said Chamisa had no power to set Mnangagwa any conditions for dialogue.

"He has absolutely no right to set conditions for dialogue because Zanu PF and the president will not tolerate such nonsense," he said.

"He must realise that the mandate to govern comes from the people and not in dialogue."

The results of the presidential elections announced by Zec showed that Chamisa got 44,3% of the vote translating into 2,1 million votes.

Mnangagwa received more than 2,4 million votes, which translated to 50,67%.

Chamisa, however, claims he has evidence that he got 2,6 million votes and was "the legitimate president of the country".

He said Mnangagwa still suffered from a legitimacy crisis even after he was sworn in as president, while the opposition was under pressure from the international community to work with the new government.

"At the moment the legitimacy of Mnangagwa is heavily contested by the opposition, and even though the Constitutional Court ruled in his favour, it did not resolve the issue of his political legitimacy which is still being contested," Zamchiya said.

He said Sadc and the European Union wanted Zimbabwe to move on even if the elections were seen as flawed.

"If the opposition rejects dialogue, then they lose out," Zamchiya said.

"The opposition will be perceived as being prevented to do so by narrow partisan interests and they will lose their key constituency such as churches.

"The main opposition won 81% of urban local authorities, and they might fail to deliver due to tensions with central government, and so an all-inclusive dialogue with politicians, churches, students, business and labour is important."

Mnangagwa recently said he was open for dialogue with Chamisa.

Chamisa Under Fire Over Jibe Towards Zimbabwe's Coventry
Tagged:
Copyright © 2018 Zimbabwe Standard. All rights reserved. Distributed by AllAfrica Global Media (allAfrica.com). To contact the copyright holder directly for corrections — or for permission to republish or make other authorized use of this material, click here.