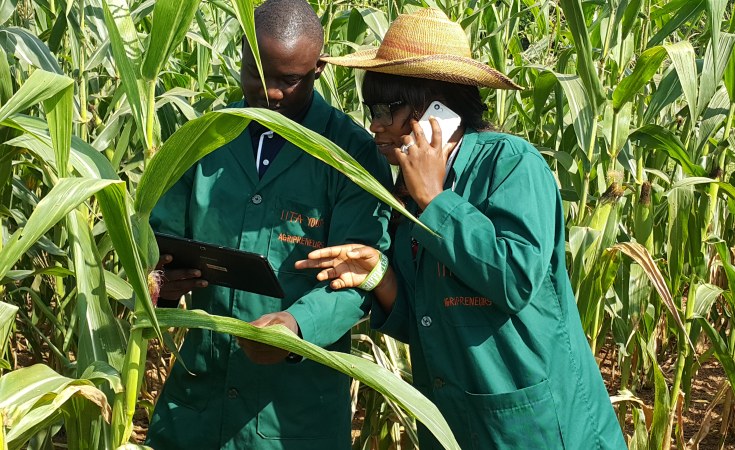 Africa's agriculture productivity is way too low, and has stayed low when other regions have moved ahead very quickly, yet it can use research and technologies to improve farm productivity.

The comment was made Wednesday by Jennifer Blanke, Vice President of African Development Bank (AfDB), during an interview with The New Times at the sidelines of the African Green Revolution Forum (AGRF2018) being held in Kigali.

Africa has relatively fertile soil, and holds about 60 per cent of the world's uncultivated land, according to information from AfDB.

Yet, AfDB says, Africa spends about $35 billion on food imports annually, and such food import bill might hit $110 billion by 2025 if the current trend is not reversed.

This issue is coupled with hunger that ravages about 243 million of Africa's 1.2 billion people, as shown by the 2017 State of Food Security and Nutrition in the World report published by Food and Agriculture Organisation (FAO).

"And, we know why this happens. We know where the technologies, and where the investments are," she said, revealing that they are not delivering intended results as they are not reaching smallholder farmers who desparately need them to improve their livelihoods.

"In general, Africa is punching below its weight".

Earlier, during a keynote speech delivered at the 2018 Agricultural and Applied Economics Association Annual Meeting held in Washington, D.C on August 5, 2018, AfDB President Akinwumi Adesina said that: "Technologies to achieve Africa's green revolution exist, but are mostly just sitting on the shelves".

He observed that "the challenge is a lack of supportive policies to ensure that they are scaled up to reach millions of farmers".

Blanke said that the conference in Kigali--which has gathered policymakers, business leaders, donors and civil society--was discussing how it can happen, with an aim to work together in order to drive agricultural transformation that will see smallholder farmers benefiting from agriculture as a sector that makes wealth for them, not perpetuating poverty.

Jean-Claude Shirimpumu, a farmer from Gicumbi District, and president of Rwanda Pig Farmers' Association, said that African countries rely too much on imports of seeds and livestock breeds and often fail to access such farm inputs, which disrupt farmers' productivity as they wait for what comes from abroad.

"As a farmer, I have to import quality pig breeds such as landrace and pietrain from Belgium and Australia because research in Africa has not yet helped farmers get such productive breeds domestically," Shirimpumu said.

He added that some maize varieties give up to 10 tonnes per hectare, yet, they were still planting low-productive seeds (getting about half of the yield) because of lack of access to better varieties.

Dr Agnes Kalibata, AGRA's President, said Africa can learn from Asian countries, which invested between 15 per cent and 20 per cent of their budget for a period of over 20 to 30 years, and significantly impacted agriculture.

"A lot of work has been done on production of seeds and technologies that fits which landscape...that means, which seeds are good for Musanze or Nyagatare, if you are in Rwanda, for example," she said, calling for efforts to scale up such technologies in extending services to farmers.

Blanke said they were working with distributors to make sure that they get the right kinds of seeds and technologies to farmers for increased productivity as well as increased revenues.

The African Development Bank is leading the way this can be conducted, and is currently working with the World Bank, the Alliance for a Green Revolution in Africa (AGRA), and the Bill and Melinda Gates Foundation to mobilise US$1 billion to scale up agricultural technologies across Africa under a new initiative called Technologies for African Agricultural Transformation (TAAT).

Moreover, most of African countries have not yet met the targets. 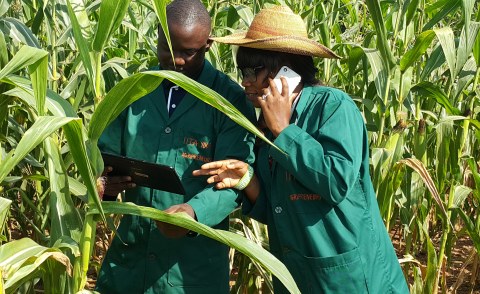 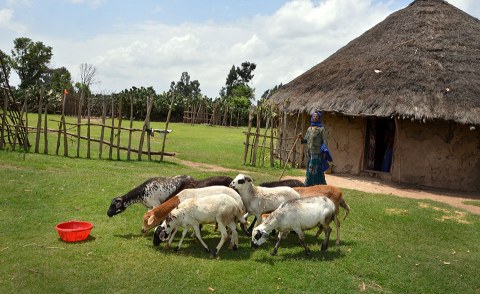 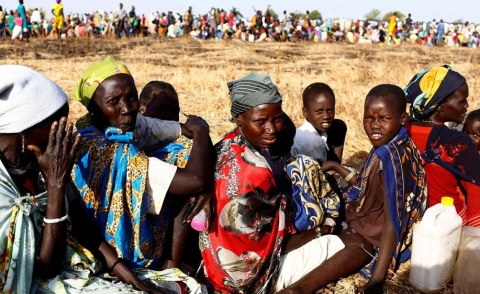 World Must Act As African Countries Face Famine - UN Food Forum
Tagged:
Copyright © 2018 The New Times. All rights reserved. Distributed by AllAfrica Global Media (allAfrica.com). To contact the copyright holder directly for corrections — or for permission to republish or make other authorized use of this material, click here.