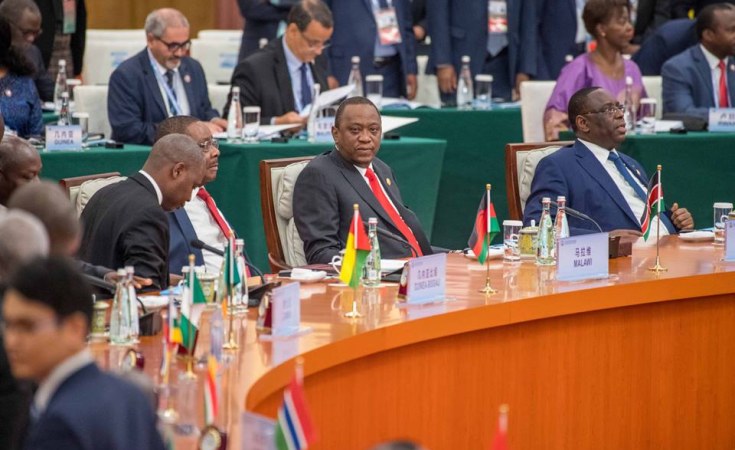 President Uhuru Kenyatta returned to the country under the cover of darkness on Sunday amid public uproar over hiked tax on fuel products.

In a big departure from the norm, the president's communication team did not post photos of Mr Kenyatta's return on their social media handles.

Officially, the president was set to return to the country last Wednesday from the Forum on China-Africa Cooperation (FOCAC) 2018 Summit that happened in Beijing, China.

He was then to head straight to Rwanda for the Green Revolution conference and meetings with continental leaders.

The president's whereabouts has been a tightly held secret for the last five days as fuel crisis persists.

The crisis occasioned by coming into effect of a law that slaps a 16 per cent Value Added Tax on petroleum products.

Kenyans woke up on Monday to reports of their president's return, but there was no word on what he plans to do about the hiked fuel prices.

On social media platforms, they called on the president to defend them against the rising cost of living, just like they defended him against the abusive Chinese national with protests that led to his deportation.

Uhuru has just landed back. Only just passed Mombasa road. First order of business Monday morning should be to revoke 16% Vat and continue corruption purge. Or has reggae stopped ?

President Uhuru Kenyatta must be feeling cornered at the moment wondering if he should assent to the VAT finance bill since Kenyans really need him to do so at the expense of missing on the moneies that would have come from the 16% VAT on fuel. Kenyans interests come first though

Fuel tax: Uhuru has to pick IMF or the people

What's on my mind? We should all drive to JKIA tomorrow to welcome back our President Uhuru Kenyatta with No VAT on Petrol placards. #Idlethinking

Kenyatta Asks For 8% Cut in Fuel VAT Price
Tagged:
Copyright © 2018 Nairobi News. All rights reserved. Distributed by AllAfrica Global Media (allAfrica.com). To contact the copyright holder directly for corrections — or for permission to republish or make other authorized use of this material, click here.