Uganda: We're Always Shouting in Church As If God Is Deaf - Museveni 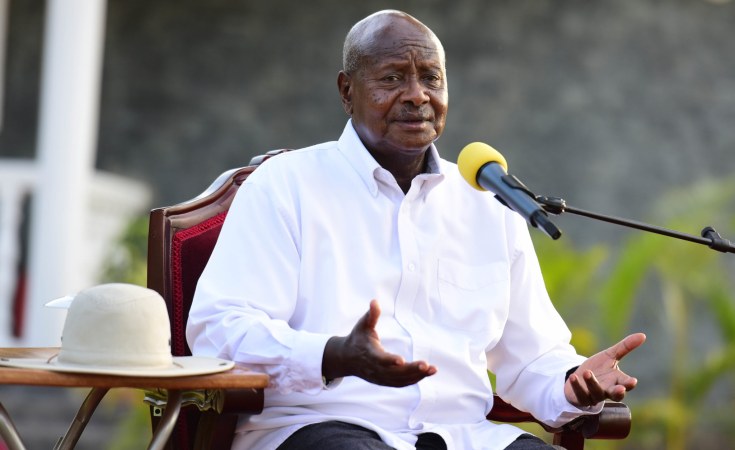 At the time of former Buyende District DPC Muhammad Kirumira's assassination, police officers were in area (Bulenga) but did not hear gunshots, according to President Museveni.

In his state of the nation address on Sunday night, Mr Museveni said it was possible they did not hear because there is a church nearby and the congregation is always shouting.

"In the case of Kirumira, we are going back to Luweero means. There was police in the area yesterday (Saturday) but they said they didn't hear the gunshots. It is possible they didn't hear because there is a church nearby and in church, we are always shouting as if God is deaf," he said after listing

High profiled Ugandans who had been assassinated in the same manner in the last few years.

According to him, the criminals are still using the gaps he identified in his speech to Parliament.

"You remember the 20th June 2018 gaps? The Police Force are working hard to fill the gaps. They have started installing the cameras and other measures are being put in place. The electronic identification of boda bodas would have helped us to identify these people quickly. However, while still using the old methods, I want to salute the residents of Bulenga for, although not armed, some Boda Bodas gave chase to the killers- four of them riding on motorcycles - up to Mile 9," he said before adding that that limited counter- action may help to "expose the killers as happened in the case of Susan Magara."

"On the urban criminals, the sub- committee of security began meeting at 10:00hrs under my chairmanship and we are to stop these pigs by not just relying on the old police methods. Pending the installing of cameras etc everywhere, we are going to re-activate the Luweero methods to deal with these cowardly pigs. Wait for my announcement this afternoon," he added.

Police spokesperson, Mr Emilian Kayima said Kirumira was with a lady companion who also succumbed to bullet wounds in the hospital where she was rushed for treatment after the attck on Saturday night.

He said the attackers were reportedly travelling on a motorcycle, a tactic used in the killings of assistant inspector general of police Andrew Kaweesi in March, Arua Municipality MP Ibrahim Abiriga as well as Joan Kagezi, a senior public prosecutor in 2015 and others.

Kirumira had repeatedly told the media and other police officers that he was a target of assassination.

He was suspended from his role as district commander in January after accusing his colleagues in a Facebook post of corruption and working with criminal gangs.

Shortly after he was arrested when heavily armed police forced their way into his house as he holed up resisting detention in an operation that took over five hours.

Kirumira was awaiting trial on charges of criminal misconduct and abuse of authority at the time of his death.

In March President Yoweri Museveni fired the chief of police as well as the country's security minister in what was seen as a reaction to growing insecurity in the country.

In June this year ruling party lawmaker Ibrahim Abiriga was gunned down, alongside his brother, also by attackers on motorcycles.

No one has been brought to book for any of the killings.

In June Museveni ordered that MPs should receive armoured escorts and snipers to protect them, a decision that divided lawmakers and raised concerns about the cost of such an operation.

The president visited the scene of the murder on Sunday, and said the police force was busy installing cameras around Kampala and other major towns in a bid to crackdown on insecurity.

"We are to stop these pigs by not just relying on old police methods," Museveni said in a statement.

He said the government was going to re-activate so-called Luweero methods to deal with criminals, referring to a local community led administrative system used when he was a rebel leader in the eighties.

Ugandan popstar turned politician Robert Kyagulanyi -- better known as Bobi Wine -- reacted to the news of Kirumira's killing from the United States, where he is seeking treatment after allegedly being tortured by Ugandan police after his own arrest.

"Very sadly, that is the country we are living in. No one is safe. Our country is bleeding. This is very painful," he wrote on Facebook.

Museveni - Uganda Ready to Leap Into the Future 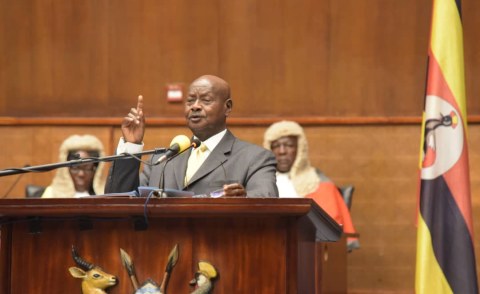 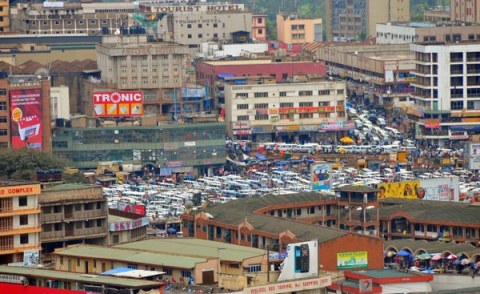 South African Companies Upbeat on Uganda Business Links
Tagged:
Copyright © 2018 The Monitor. All rights reserved. Distributed by AllAfrica Global Media (allAfrica.com). To contact the copyright holder directly for corrections — or for permission to republish or make other authorized use of this material, click here.