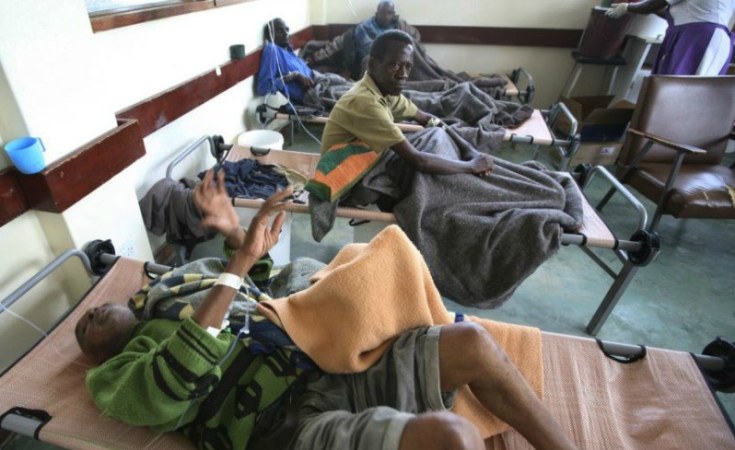 New Zimbabwe
At least 36 recently said to have been admitted at the Beatrice Road Infectious Disease Hospital for treatment.
The Herald (Harare)
By Nyemudzai Kakore and Munyaradzi Masiiwa

The death toll from the cholera outbreak in Harare's high-density suburbs of Glen View and Budiriro has risen to 16, with health officials yesterday quarantining and decommissioning all possible sources of the disease.

The disease has since spread to the Midlands province in Gokwe North where four cases linked to the Harare outbreak have since been isolated.

A visit to Glen View in Harare by The Herald yesterday witnessed residents of the area queueing to be tested and treated, while others were receiving two bars of washing soap each, water treatment tablets and two 20-litre containers.

Residents interviewed said the outbreak was as a result of the local authority's failure to consistently supply running water, as well as failure to collect garbage.

"The death toll has risen to 16 after more people died of suspected cholera today (yesterday) morning," he said.

"Although we are not yet sure of the cause of death, we are suspecting it is cholera because of the symptoms presented.

"As of today (yesterday) 106 people were admitted at Beatrice Infectious Diseases Hospital. Some of the patients were being treated and discharged. We have also decommissioned all boreholes in Tichagarika area (Glen View), after they were exposed to bacteria which causes cholera and typhoid."

Dr Duri advised residents of the affected residential areas to present themselves early to health officials as they were being treated for free.

Dr Duri said people should treat water regardless of the source and desist from the notion that borehole water was safe.

The disease has spread to the Midlands Province after four cases linked to Harare were reported in Gokwe North.

He said the province, by virtue of being central, was on high cholera alert.

"We have four cases of cholera that have been reported in Gokwe," said Dr Nyadundu.

"There was one at Nembudziya and three at Gumunyu. All these cases are linked to Harare. These people travelled to Harare and it is suspected that they contracted cholera there.

"The province has those four cases only, but since Midlands is at the centre of the country geographically, there is high risk of the disease spreading to the province, so we are on high alert.

"We want to urge people experiencing diarrhoea or suffering from any abdominal disorder to seek medical treatment quickly."

Dr Nyadundu said the Ministry of Health and Child Care had already set a cholera treatment camp in Gokwe North as part of its rapid response.

He said the ministry had also managed to contain typhoid in Gweru, after eight people died from the disease recently.

"We are happy to announce that the number of typhoid cases has significantly gone down," said Dr Nyadundu.

Cholera Outbreak - Public Gatherings Banned in Harare
Tagged:
Copyright © 2018 The Herald. All rights reserved. Distributed by AllAfrica Global Media (allAfrica.com). To contact the copyright holder directly for corrections — or for permission to republish or make other authorized use of this material, click here.