Photo: Son of Groucho/Flickr
90% of Africa’s cultural heritage currently lies outside the continent, including the Benin Bronzes in the British Museum.
Vanguard (Lagos)
By Osa Mbonu

Last week, the Oba of Benin, Oba Ewuare II, renewed his call on the British Government to return to Benin Kingdom, all the artifacts stolen in 1897 when British forces invaded the Benin Kingdom.The call was made by the Oba when he received the Director of the British Museum, Hartwig Fischer, at his palace in Benin.

The Oba said it was necessary that the artifacts which include bronze artworks to be returned to Benin considering the emotional connections between the artworks and the people of Benin.

According to a statement released from the palace, "the Oba of Benin reiterated the need to return the stolen artifacts from the various museums across the world, pointing out that the Benin people are emotionally attached to them, even though they had been speaking for the Benin Kingdom wherever they are in the world."

The Oba revealed that the palace was reviving the bronze casting guild which produced the artworks in order to keep it alive. Oba Ewuare II was receptive to the idea of the British Museum collaborating with the palace to develop a world-class museum to house the stolen artifacts, saying it will benefit the entire Edo people, Nigerians and tourists.

The Oba also spoke of the forthcoming launch of The Red Book, which countered the wrong notion by some historians and academicians that the Benin culture would go into extinction.

Fischer was in the palace to explore the possibility of the British Museum assisting in the area of fundraising and training of personnel, for the proposed museum in the Oba's palace.

This was not the first time conversations about Benin's stolen bronze artifacts have taken place. In 2010, the National Commission for Museums and Monuments in Nigeria demanded that the Museum of Fine Art in Boston return 32 bronze items which had been gifted to them by Robert Lehman, former head of the now closed Lehman Brothers.

Then in 2014, British retired medical consultant, Mark Walker, decided to give back two bronze sculptures to the Oba of Benin which was taken from his grandfather, who participated in the 1897 expedition. The sculptures included a ninth-century depiction of the head of the king, and 16th-Century plaques of life in the royal palace.

Only a year ago or so, the British Museum hosted a summit along with other European museums to discuss the return of bronze artifacts looted in 1897 from the Benin Kingdom.

The British museum boasts the second largest collection of art from the Benin Kingdom after the Ethnological Museum in Berlin. It announced then that British museum will conduct negotiations with Nigeria and Benin about returning the items which are expected to go on permanent display in Benin City.

In the late 19th Century, Britain had sought to wipe out the kingdom of Benin in what became known as the "punitive expedition." When Oba Ovonramwen, then ruler of Benin, imposed customs duties on goods leaving the territory, Britain sent 1,200 soldiers to destroy the kingdom as a form of reparations for the colonial power.

The city was set on fire and hundreds of trinkets, bronze sculptures and valuables were stolen and later handed to the British Government. Through trade and art dealership, these artifacts have mostly ended up in Germany and the United States.

Some of the looted goods primed to be given back to Nigeria include a bronze cockerel called Okukor, which is currently housed at Cambridge University. In 2016, the university removed the statuette from their dining hall after a group of students petitioned for it to be sent back to Nigeria.

Senior curator at Swedish museum, Världskulturmuseet, Michael Barrett, told The Guardian the move is part of an effort from a "generation of curators" looking to "find ways towards reconciliation." The museum has a small collection of Benin bronze artifacts which it will put up for repatriation.

However, there are concerns about the insurance cost and safety of the bronze plaques in Nigeria.

Former curator of the National Museum in Lagos, John Picton, said while the moral case for the return of the Benin bronze was "indisputable," there was a risk that removing them from European museums would take African art out of world art history.

These talks about returning the Benin artifacts have been on for too long. What the country and all lovers of arts and culture want to see now is the actualisation of these great expectations.

Previous Story
Fate of Our Stolen Artworks
Next Story

Fate of Our Stolen Artworks 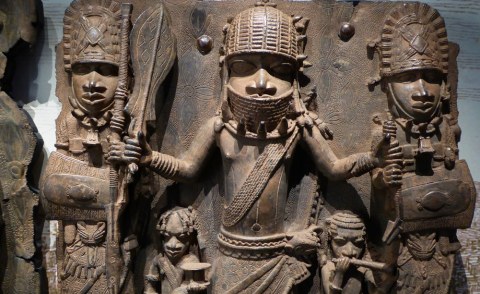 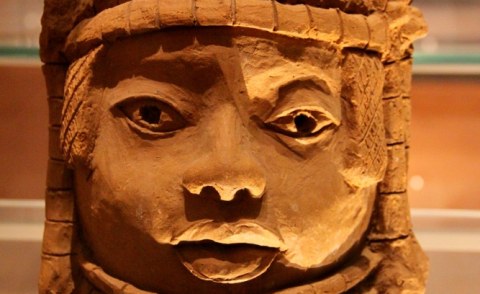 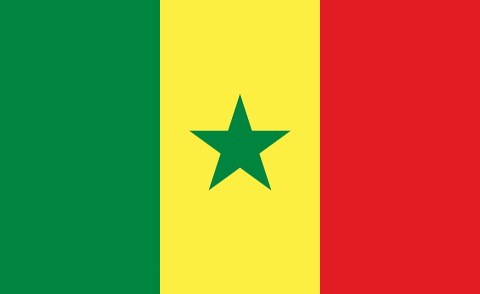 Macron's Africa Tour Looks to Ties Outside 'La Francophonie'
Tagged:
Copyright © 2018 Vanguard. All rights reserved. Distributed by AllAfrica Global Media (allAfrica.com). To contact the copyright holder directly for corrections — or for permission to republish or make other authorized use of this material, click here.