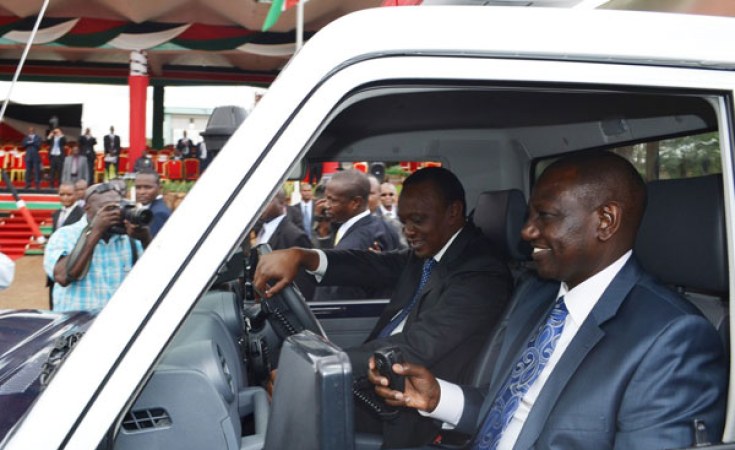 Kenyans were by last evening yet to enjoy a reduction in fuel prices ordered by the High Court, as Treasury secretary Henry Rotich remained reluctant to act on the ruling delivered in Bungoma.

Mr Rotich moved quickly last Friday directing the Kenya Revenue Authority and the Energy Regulatory Commission (ERC) to effect a 16 per cent value added tax (VAT) on petroleum products, despite a parliamentary vote the previous evening which had postponed the levy by two years.

While setting the mention of the case filed by three petitioners representing Sumawe Youth Group for September 12, the judge asked them to immediately serve the orders to the respondents.

Ken Amondi, an advocate with Amondi and Company Advocates who filed the suit, however said both the Treasury and the ERC rejected service of the scanned orders yesterday insisting on getting the original ruling as extracted from the court.

"Temporary conservatory orders be and are hereby granted quashing the decision by the Kenya Revenue Authority and the Energy Regulatory Commission dated September 1, 2018 to implement the Finance (VAT) Act 2013 levying 16 per cent VAT on petroleum products from September 1, 2018 to enable the President to either assent to or reject the amended Finance Bill passed by the National Assembly," Justice Stephen Riechi ruled yesterday.

A court order would ordinarily have to be served on parties to the suit for it to be effective.

The court stopped the respondents, the ERC and Mr Rotich, from implementing the VAT that came into effect on September 1.

Long queues were witnessed around petrol stations yesterday as shortage of the commodity occasioned by a transporters' strike hit urban centres across the country. The VAT increased a litre of super petrol to an average of Sh128.70 per litre, with the Treasury taking Sh55.16 of the amount.

In Parliament, Mr Rotich and National Assembly Speaker Justin Muturi failed to agree on the way out of the tax stalemate with the clock ticking on the presidential assent window of 14 days. A second closed-door meeting held at Parliament Buildings yesterday between Mr Rotich, Mr Muturi, Leader of Majority Aden Duale, Budget and Appropriations Committee chairman Kimani Ichung'wa, Finance and National Planning chairman Joseph Limo, Attorney-General Paul Kihara and the Clerk of the National Assembly ended without any breakthrough on the fate of the amendment to the Finance Bill 2018 that postponed implementation of the VAT on petroleum products to September 2020.

Mr Rotich first met with Mr Muturi on Wednesday evening soon after jetting into the country from China. A second follow-up meeting was held behind closed doors at Committee Room 9 Thursday.

"We have been meeting with the National Treasury and the Attorney-General's office as a House leadership to address issues raised following the implementation of the law.

"We will be able to address whatever issues of concern to Kenyans and work is going on. I want to assure Kenyans that we will get a solution very very soon," Mr Muturi said after the meeting. Mr Rotich said the Treasury and Parliament had started consultations and that yesterday's meeting was the first of a series of meetings aimed at dealing with the issues that had arisen after the law came into force.

Sources at the meeting told the Business Daily that Mr Rotich sought more time to consult with the Executive while Parliament's leadership retreated to seek a solution on the way forward. The High Court petitioners, Messrs Titus Alila, Francis Ogada and Ms Jackline Otieno sued Mr Rotich and ERC saying the imposition of the fuel tax that has seen prices of all petroleum products shoot since last Saturday, had injured their constitutional rights.

Through Mr Amondi, they argued that the Treasury secretary had flouted core constitutional principles and values in arriving at the decision to raise the prices, which had caused a public outcry.

The judge ordered that the matter be mentioned on September 12, 2018 at the Kisumu High Court.

The petition was filed by the group at the Kisumu High Court on September 3, 2018 under a certificate of urgency.

Mr Amondi said the matter was moved to Bungoma since the Kisumu High Court is on vacation.

The additional fuel charges are contained in the Finance Act 2013 and are in line with Kenya's promise to the International Monetary Fund (IMF) six years ago to do away with tax exemptions as part of a wider plan to grow revenues, reduce budget deficits and ultimately slow down the debt pile-up that has in recent months become a source of national concern.

The tax was first introduced on petrol, diesel, kerosene and jet fuel in the VAT Act of 2013, with a three-year grace period that would have seen it come into force in 2016.

However, MPs voted to defer its introduction to September 2018.

Again, on Thursday last week, during the debate on the Finance Bill 2018, MPs overwhelmingly voted to suspend the tax for another two years.