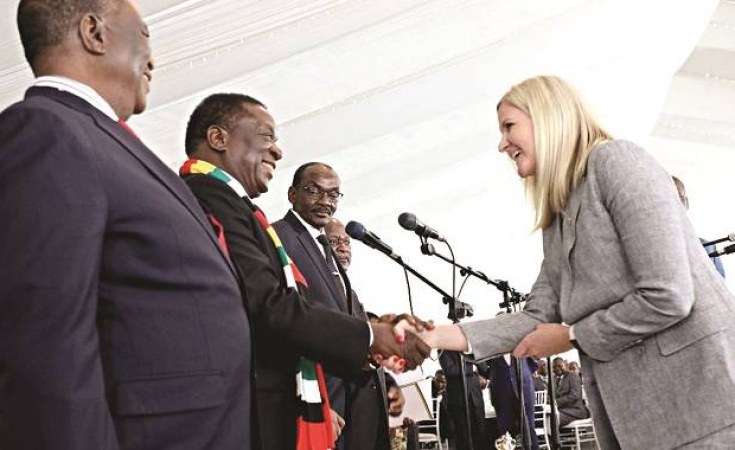 The president has appointed a leaner 20-member Cabinet blending youth, experience and technical expertise, as he seeks to institute widespread reforms that will drive sustainable economic recovery and growth.

CZI president Sifelani Jabangwe, said the Ministry of Industry and Commerce and others with direct impact on industry such as the finance and economic planning, energy and power and foreign affairs had all been placed in capable hands that should see positive effect on industrialisation and the economy. New Cabinet Ministers were sworn in yesterday after their appointment by President Mnangagwa.

Mr Mangaliso Ndlovu is now the new Minister of Industry and Commerce after taking over from Mike Bimha. Mr Jabangwe said industry anticipated the new Cabinet to address the ease and cost of doing business in order for the country to attract more foreign direct investment as well as improve local industry's competitiveness.

"We are excited about the new Cabinet. As industry we believe the Ministry of Industry and Commerce is in appropriate hands to drive industry forward," he told The Herald Business by telephone.

"As industry there are some pending issues we believe need immediate attention and these include ease and cost of doing business. We look forward to engage them and work together as we map the way forward to grow our economy," he said.

Local industry suffered low competitiveness in the past decades which resulted in companies closing while others heavily downsized operations. Among other challenges local industry has faced include the influx of imports -- priced cheaper than local products, utilities supply challenges, infrastructure deficiencies and antiquated machinery as well as lack of capital for re-tooling as low investor confidence also had a knock on effect. However, of late, Government has been working on measures aimed at improving competitiveness and attract foreign direct investment.

A raft of reforms to improve the ease and cost of doing business has been implemented under the Rapid Results Initiative.

In addition, Government has also come up with investor friendly policies such as the amendment of the indigenisation laws to allow foreigners to have more than 49 percent of company ownership, with the exception of diamond and platinum extraction sectors, which is instrumental in boosting investment across the board.

Also upbeat about the new appointments is ZNCC chief executive officer (CEO) Takunda Mugaga who said the new Cabinet was inspiring and that President Mnangagwa had addressed the diversity issue. He said there was a lot of work to be done, but expressed hope that the new Cabinet would work closely with business and listen to advice from the business community on what makes right policy measures.

"Generally, the composition of the cabinet is inspiring and we expect results. It is a break from the past, traditionally it had become predictable to know who would make it in the new Cabinet but this one is different, which is commendable.

"As business, we are willing to work with them. We want servant leadership, Ministers who also listen to advice. What makes them good is their ability to listen," Mr Mugaga said.