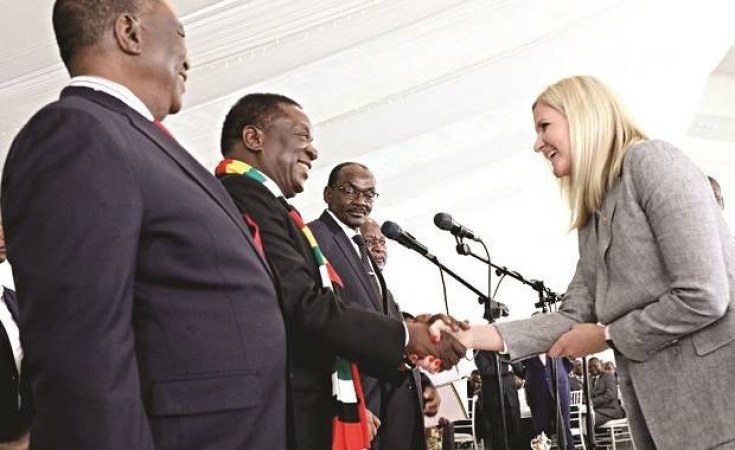 Newly-appointed female ministers have hailed President Mnangagwa's decision to increase the number of women in Cabinet as a positive development and an affirmation of his commitment to gender parity.

There are six female ministers in the new Cabinet, up from the previous four, an increase which translates to about 30 percent representation of women in Government. The appointment of five Ministers of State compared to four previously, pushed the percentage to 50.

Speaking after taking the oath of office at State House in Harare yesterday, ministers interviewed applauded the initiative, which they said was not only historical, but also an affirmation of President Mnangangwa's committed to gender equality and equity in decision making.

Minister of Defence and War Veterans, Cde Oppah Muchinguri-Kashiri hailed the appointments, which she said were also in sync with the dictates of the Constitution.

"If you look at the Constitution it speaks to the issue of equality and we have seen that equality at play. We have women in decision-making and we performed equally like our brothers. While it has taken us this long to reach these figures of female representation in Government, it has been a journey," she said. Cde Muchinguri-Kashiri becomes the first woman to head the Defence and War Veterans ministry. Turning to President Mnangagwa, Cde Muchinguri-Kashiri said he was a firm believer in gender equality as attested by the role he played in pushing for legislation that promoted gender equality while he was still the Minister of Justice.

"We are lucky to have him as our President. He has been at the helm of promoting gender equality from the time he was the Minister of Justice. We saw a lot of changes, legislative changes, which created a conducive environment for equality across," she said.

Cde Muchinguri-Kashiri could not be drawn into commenting on her new ministry, saying she was yet to sit down with her boss on her mandate.

"President Mnangagwa has lived up to his words. Despite the setback that we faced during the last elections, where we didn't fare well as women, he lifted us up.

"I am grateful for a President who realises that women empowerment is not just a human rights issue, but is actually a developmental issue," she said. Women Affairs, Community, Small and Medium Enterprises Development Minster Cde Sithembiso Nyoni said the increase of women in Government would make her task easier, because the nation now appreciates the importance of gender mainstreaming.

"I am now encouraging more women to join politics, because we now have a listening President who wants to work with the female populace of this country," she said.

New entrant and former columnist for The Herald, the Minister of Public Service, Labour and Social Welfare, Dr Sekai Nzenza, said she was humbled by the appointment, and promised to measure up to the task. Provincial Minister for Mashonaland East, Cde Appllonia Munzverengi implored her colleagues in Government to work hard and effectively serve their respective constituencies.

"As women we have been given the opportunity to work hard towards national development, something that we are good at. We should now hit the ground running, and serve diligently."

The female ministers include Honourable Kirsty Coventry, Minister of Youth, Sport, Arts and Recreation and Cde Prisca Mupfumira, who is the Minister, of Environment, Tourism and Hospitality Industry.

Of the nine ministers of State announced by the President, five are women, while another female minister, Cde Evelyn Ndlovu, is a Minister of State in the Office of Vice President Dr Constantino Chiwenga.