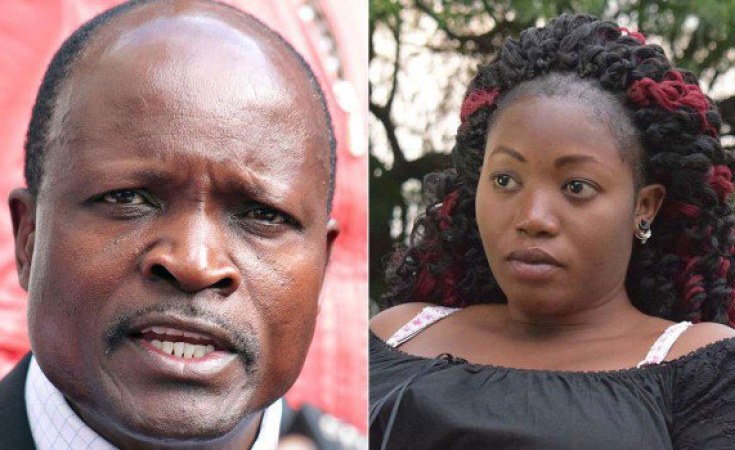 A handful of protestors took to the streets of Nairobi on Tuesday to demonstrate against the killing of Rongo University student Sharon Otieno.

Among the demonstrators were human rights activists, university students and members of the clergy.

They marched from Jeevanjee Gardens to Vigilance house and then to the office of the President to present their petition for swift action against those who killed Ms Otieno, who was seven months pregnant.

"We take our children to institutions so that they can learn, not for them to die. If a girl conceives, parents can take the baby in. There is no need to kill the girl," said Mr Patrick Lumumba, the chairman of the Parents Association in Nairobi.

Before the march, Editaa Achieng, founder of the Kibra Young Women's Network, said: "We are tired of politicians taking advantage of us. This death has made me so angry. It doesn't matter what led to Sharon's death. What matters is that the people behind it face the consequences."

The protestors said the society should stop blaming girls for their decisions and focus on getting justice for Ms Otieno and her baby.

Outside the office of the President, Rachel Mwikali from Mathare said: "Our appeal to the President is to put pressure for the investigation [to be completed]. We have yet to hear his voice on the matter. We also want [Migori] Governor [Okoth] Obado impeached so that he does not interfere with the investigations."

Parents of Slain Kenyan Student Sharon Otieno Put Burial on Hold
Tagged:
Copyright © 2018 The Nation. All rights reserved. Distributed by AllAfrica Global Media (allAfrica.com). To contact the copyright holder directly for corrections — or for permission to republish or make other authorized use of this material, click here.

Chakwera Under Fire for Family Appointments to Malawi Cabinet
Construction