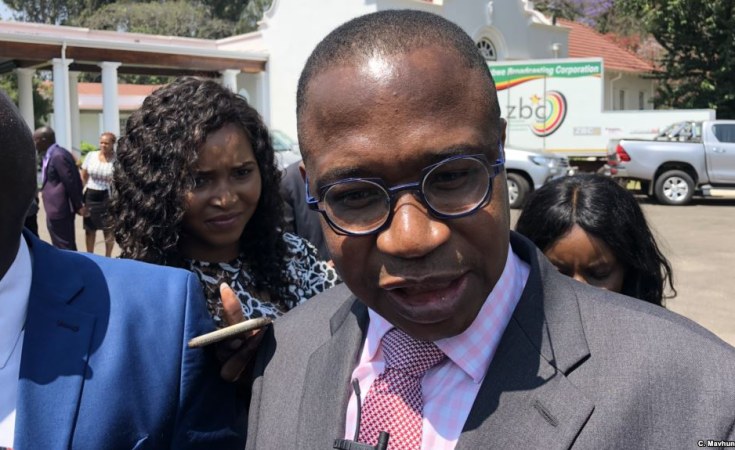 Professor Mthuli Ncube is a financial, economics, investment, and public policy expert. He has vast experience and worked in the private sector, public sector, academia, and international financial institutions. He is a citizen of Zimbabwe.

Professor Ncube currently divides his time between the private sector in Switzerland and academia in the United Kingdom. He is a Professor at the University of Oxford, UK where he teaches in economic development and public policy and doing business in Africa, at both the SAID Business School, and Blavatnik School of Government. He is also the HSBC Distinguished professor of Banking and Financial Markets at the University of the Witwatersrand.

Professor Ncube is also the Managing Director of the Quantum Global Research Lab AG, in Switzerland which advises companies on investment in Africa, and advises African governments on economic policy-making. He developed the "Africa Investment Index" which ranks African economies on investment attractiveness.

In January 2018 he arranged and sponsored the luncheon with Swiss and European Business community, for the visiting President of Zimbabwe and his ministerial delegation, in Zurich Switzerland. This event contributed to the agenda of "Zimbabwe is open for business". In Abidjan, in April 2017, he chaired and moderated the event on investing in Zimbabwe, which was attended by the Zimbabwe President, President of Afrexim Bank, Zimbabwe ministers, and the business community.

Prof Ncube served as Vice President and Chief Economist of the African Development Bank Group (AfDB) where was able to give the bank a coherent strategy and agenda for the first time in a long while. He was recommended and supported by the various Governments of SADC and East Africa, for the position at the African Development Bank Group. He has a strong background in economics and finance, and banking. He led the strategic thinking within the bank on economic development issues for the entire African continent. He is now ranked as the number 1 economic thinker in Africa, and in the top 5% economic thinkers globally.

He led and guided the development of the Bank' 10 term Strategy (2013-2022) and was a member of the senior management team at AfDB. He represented the AfDB in most outside engagements and spokesperson on economic/development issues. He was Chairman of Operations Committee (Approving Investment Projects and Operations) for the bank in 2011-2012. Additionally, he was the Chair of the Advisory Panel on Ethics and Anti-Corruption for the AfDB in 2012.

He is a member of the Advisory Council for World Economic Forum (WEF) on Sustainable Infrastructure, and Chairman of the WEF Global Agenda Council on sustainable development.

Prof Ncube, holds a PhD in Economics (Mathematical Finance) from Cambridge University in the UK, on "Pricing Options under Stochastic Volatility", which he completed in a record 2 years. He was the first person from Africa to complete a PhD in the economics faculty from the University of Cambridge.

Just before joining the African Development Bank, he was the Dean of the Faculty of Commerce Law and Management, and also Dean and Professor of Finance at Wits Business School, all at University of Witwatersrand, in South Africa. He led Wits Business School to the 45th global rank in the UK 2007 Financial Times survey. He founded the Centre for Entrepreneurship at Wits University, funded by DTI, for training young entrepreneurs in South Africa. He is still the HSBC Distinguished Professor of Banking and Financial Markets at the University of the Witwatersrand.

He has extensive experience as an investment banker having worked at Investec. He was head of Asset Allocation Strategy and Manager of the Investec Global Managed Fund. He founded Barbican Holdings and Selwyn Capital, financial services companies. He was Chairman of the Zimbabwe International Trade Fair, Chairman of the National Investment Trust of Zimbabwe, and Board member of Hwange Colliery, and co-Chair of the NECF macro-economics sub-group of Zimbabwe.

He has experience as a regulator, having served as a Board member of the South African Financial Services Board (FSB), which regulates non-bank financial institutions in South Africa. He was also Chairman of the National Small Business Advisory Council (NSBAC) at DTI in South Africa in 2009-2010.

In 2008 and 2009, he was rated as one of the "Best Managers" in the manager-ranking surveys in South Africa.

For the last 20 years, he has also contributed immensely to capacity development and economic research on the African Continent with the African Economic Research Consortium (AERC), which has produced 3000 economists on the African continent at Masters and PhD levels. The graduates work in Central Banks and Ministries of Finance all over Africa. The AERC is based in Kenya, but is a United States not-for-profit organisation registered in the state of Delaware. He is now Chairman of the Board of AERC, the first African to chair the board.

Moreover, he has published 14 books, and numerous papers, articles in the area of economics and political economy and finance, and received numerous awards. Some of his recent books include, Development Dynamics: lessons from Zimbabwe (1992); Monetary Policy and the Economy in South Africa (Macmillan 2013); Quantitative Easing and its Impact (2013); Africa's Middleclass (2014); African Financial Markets and Monetary Policy (2009); Inclusive Growth in Africa (to be published in 2015); Infrastructure in Africa (2017), Global uncertainty, and Exchange Rates (2018).

He was nominated as a Commissioner of the Lancet Commission in Investing Health, which is chaired by Prof Lawrence Summers, former United States Secretary to the Treasury. He represented the AfDB in the G20 Development Working Group, and is a member of the Organisation for Economic Co-operation and Development (OECD) Expect Group on rethinking the Future of development AID, and Advisor to the Rush Foundation on "rethinking HIV intervention strategies". He is a Member of the Advisory Board of Oxford Centre for Resource Rich Economies, Department of Economics, Oxford University, United Kingdom.

Prof Ncube is also a Board Member of the Official Monetary and Financial Institutions Forum (OMFIF) based in London, and with offices in US and Asia. OMFIF provides support and advisory services to Central Banks around the world and pension funds and other investors on monetary policy, macro-policy, investments and financial markets.

He is a leading thinker in finance and economic development issues globally, and a visionary and strong leader. His interests are in golf, reading, writing and painting. He is married to an Engineer with whom they have 4 children.