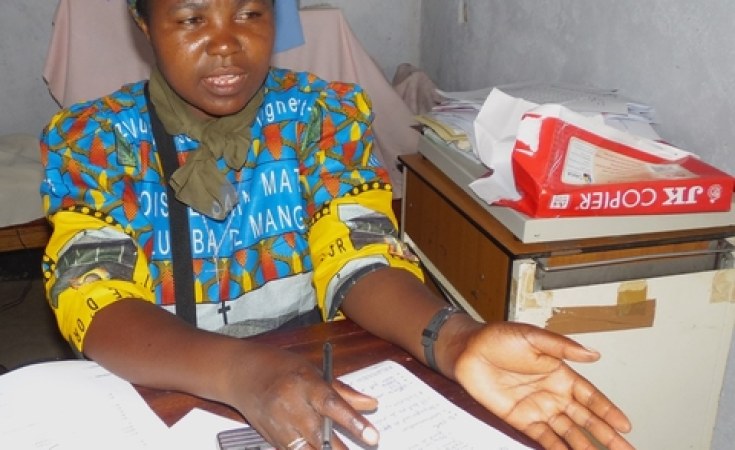 New cases of Ebola found in urban areas over the last few days show the outbreak in the Democratic Republic of Congo (DRC) is not yet under control and the next few weeks will be critical to contain the virus, Oxfam warned today.

Despite a strong response, not enough is being done to help communities overcome their understandable fears and in some cases lack of knowledge about the disease. Conflict, which has plagued the eastern part of DRC for decades could also still undermine efforts to contain the latest outbreak, which has claimed ninety lives since it began on 1 August.

Fear within communities is making it difficult to provide help or take-action to prevent the spread of the disease - with people at times threatening those trying to help. Many people don't know who to trust, having spent years caught up in conflict, with little response from the international community or the government. They do not understand why people are now coming in such large numbers.

Jose Barahona, Oxfam's Country Director in the DRC, said: "While the transmission rate appeared to be slowing down due to communities responding quickly to prevent the spread, these new cases in urban areas mean we're not out of the woods yet. In big cities, people come into contact with far more people, especially in a major trading place.

"It's also of real concern that three cases of the virus were found in a place where armed groups are highly active. These are hostile groups, who don't negotiate, and our ability to reach people in need is extremely challenging. We cannot predict the scale of the consequences if the virus spreads further into rebel-held areas, or if these armed groups start to attack areas which have been hardest hit by Ebola."

One neighbourhood of Beni has become a transmission hub - often with daily cases in past weeks. A woman confirmed to have the virus and the health worker treating her, have also died in the city of Butembo, a major trade hub that's home to around 1 million people and close to the Ugandan border. There have been three cases, including one death in the town of Oicha, an area in which it is extremely dangerous to work due to the presence of armed rebel groups. While the virus is thought to be under control here, there have been significant attacks by armed groups on army positions around Beni town in recent weeks, including one this Sunday.

Oxfam is also concerned that fear is making some members of the community take huge health risks by avoiding taking sick family-members to Ebola treatment centers, because they see them as 'prisons' or 'places of death'. A significant number of people who have been in touch with someone contagious have fled their homes and in some cases, people are resisting handing over bodies of their deceased loved ones, making the threat of the virus spreading much more acute.

In Mangina, the epicentre of the outbreak where over 80 percent of fatalities have occurred, Oxfam found people in shock and angry that family members have died so quickly and are being taken away from them.

Whilst the majority of people were aware of the seriousness of the virus and have been making great efforts to break the chain of contamination, those who didn't know about Ebola, were scared and had heard many rumours.

Amongst the daily incidents of low-level violence, Oxfam staff heard of some instances where fear had resulted in aid workers being threatened by angry people brandishing machetes and wooden sticks, rocks being thrown at cars, and health workers being blamed for 'killing' family members. In one village, part of a health-screening checkpoint was burnt down and Oxfam staff witnessed residents of another village create a roadblock, preventing any help from getting through.

Barahona said: "People are facing the virus for the first time, so they are understandably shocked and scared. If you add in the appearance of health workers in space-age hazard suits and the fact they've been living with the threat of violence for decades, you can imagine how terrifying the situation is."

Oxfam is already helping over 138,000 people, by providing clean, safe water and working with local community leaders and volunteers to increase understanding of how to prevent Ebola, to dispel any myths and fears people have.

Barahona said: "From working on previous Ebola outbreaks, it is clear that talking with communities and finding safe solutions with them is critical to containing the virus. When people are informed, and time is taken to listen to their concerns and questions, their behaviour changes rapidly. We have to work with people to change their understanding and behaviour if we hope to keep Ebola under control.

"These people have lived for years with conflict, and no one has reacted. Now they are seeing loved-ones taken away and not buried as customs demand. Much more needs to be done to ensure that the whole response listens to the concerns of the communities."

Fighting In Eastern DR Congo Hampers Efforts to Combat Ebola
Tagged:
Copyright © 2018 Oxfam International. All rights reserved. Distributed by AllAfrica Global Media (allAfrica.com). To contact the copyright holder directly for corrections — or for permission to republish or make other authorized use of this material, click here.