Africa: World Hunger On the Rise for a Third Year 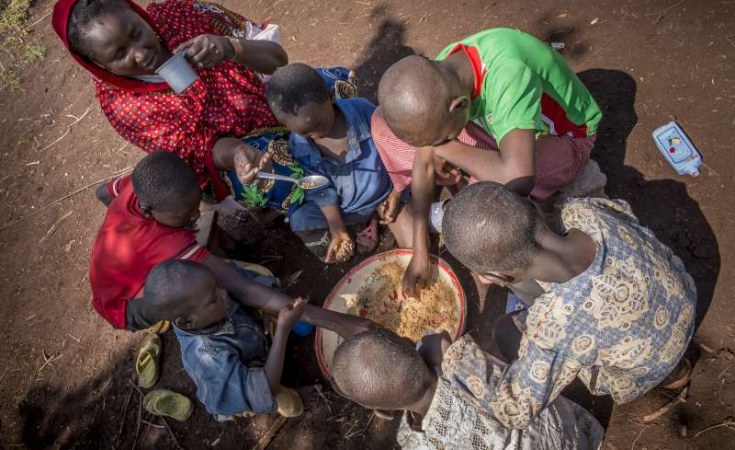 Hunger levels have been rising for three years in a row, states a new report by the UN's Food and Agriculture Organization. In 2017, Africa and South America saw the highest increase.

One in nine people in the world is affected by hunger. That is what the latest report by the UN's Food and Agriculture Organization (FAO) has found. Heavy droughts and conflict are some of the main drivers behind the rise. If the trend continues, the FAO warns, the world will fall far short of achieving the UN's 2030 goal of eradicating hunger.

The report points out that a few advances have been made. Stunting levels in children have for instance decreased and the practice of exclusive breastfeeding has risen in Africa and Asia, while they have declined in North America. DW spoke to Cindy Holleman, a senior economist at the FAO about the report.

DW: In your report,you say that the number of hungry people in the world is rising. But how serious is the situation in Africa?

Cindy Holleman: The key finding that's coming out this year is that indeed world hunger globally is rising for the third year in a row. And this is very worrying because it basically sets us back to the levels of hunger of almost a decade ago. So it is quite an alarming situation. Hunger is continuing to rise especially in Africa. We also see this in South America and a stagnation of hunger in Asia. But Africa keeps coming out on top in terms of the most vulnerable and also the highest rises in terms of hunger.

Why is a situation not changing in Africa?

There are three reasons that are driving the rise in hunger. The first is a conflict which is contributing to the rise in hunger. The second reason is the economic slowdown in some countries. And the third is the increasing climate variability and extremes we see. In the Horn of Africa and other countries, you have both the fact happening. However, the underlying problem with hunger and why we see so much hunger is also poverty, income inequalities and the marginalization of populations. But what's new is we're seeing increasing climate variability and Africa has been hard hit in the last 10 years especially with climate variability and extremes.

Which are the most affected countries in Africa?

If we focus on climate variability in extremes, we see that there is there are a few regions that have been hard hit from this. The El Nino [weather phenomenon] of 2015 and 2016 hit many parts of Africa with very extreme droughts. Southern Africa is a good example. It's an area that's not really affected by conflict like the Horn of Africa but they experience three consecutive years of drought in 2015, 2016 and 2017. It was the worst drought in 35 years and resulted in a problem of the availability of cereals which is quite significant. There was a cereal deficit of almost 8 million tons (8 billion kilograms) in 2016. And then you had rising food prices and as a result, SADC (Southern African Development Community) called out a regional drought emergency which affected 26 million people. But also we see in the Horn of Africa,conflict combined with climate variability. When you have the two together the severity of the situation is quite extreme.

How is insecurity affecting efforts to reach people who need food?

I think one thing I'd like to point to is that we need to take two different approaches. One is, we need to be prepared to do disaster risk reduction and management to help farmers and smallholder populations be able to anticipate extreme weather and also to limit the effects it has on their food income. Sometimes, when it's severe drought, we also need to prepare to respond with food aid and also, more importantly, to help protect their livelihoods so that they can become more resilient to climatic extremes. A need for Africa is that we need to combine disaster risk reduction with climate change adaptation.

What can small-scale farmers do to cut back the losses?

There are a number of different things that can be done and some farmers in Africa are already doing it. For example, in Zambia, we have farmers that are diversifying. Evidence shows that that actually makes them spread the risk and there is a more steady stream of income. There are also examples where you can combine traditional varieties with hybrid varieties to make food crops more resilient. Many countries in Africa are monocultures and so they just rely on maize. It's really important to diversify. But there are many other things that need to be done in terms of ensuring that there are food stocks, community food stocks as well as making sure that the most marginalized and the poor have access to credits so they can invest in their agriculture. 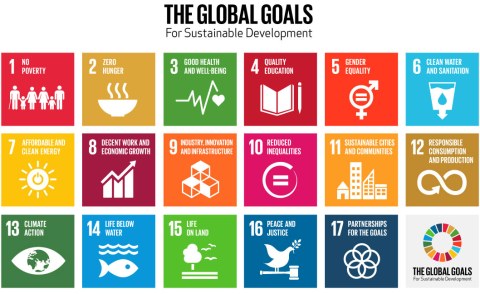 Morocco Tops Africa in Implementing SDGs
Tagged:
Copyright © 2018 Deutsche Welle. All rights reserved. Distributed by AllAfrica Global Media (allAfrica.com). To contact the copyright holder directly for corrections — or for permission to republish or make other authorized use of this material, click here.