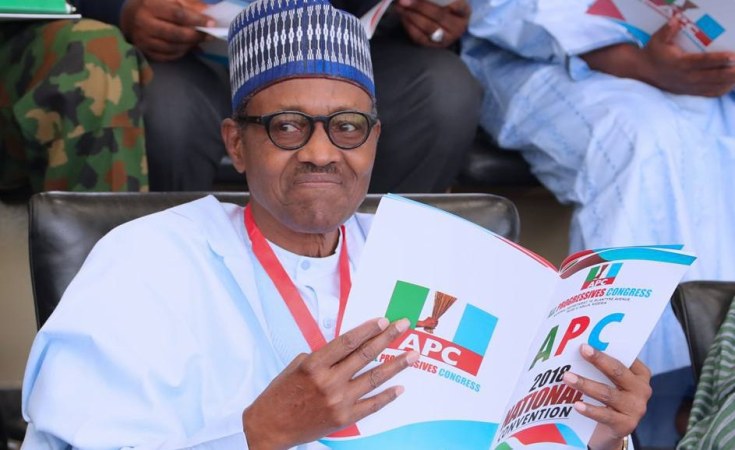 President Muhammadu Buhari on Tuesday said those who defected from the All Progressives Congress (APC) to other political parties were the selfish and weakest members who could not align with the vision of his administration.

Mr Buhari stated this while accepting the Expression of Interest and Nomination Form to contest the 2019 presidential election on the platform of the APC. The form was purchased and presented to the president by a political group known as Nigerian Consolidation Ambassadors Network (NCAN) at the Presidential Villa, Abuja.

The governors are Samuel Ortom of Benue, Aminu Tambuwal of Sokoto and Abdulfatah Ahmed of Kwara.

Referring to the incident on Tuesday, Mr Buhari said: "The weakest whose sense of expectation do not align with our vision have exited our party."

Alleging that corruption was fighting back, Mr Buhari said, "We now have a party of strong and patriotic people who are ready to work for a strong Nigeria."

The president expressed his pleasure for being honoured by the group, made up of youth from different parts of the country, which raised N50 million to buy the forms for him.

He recalled that his vision to rescue Nigeria started in 2002.

He added that the country reached a hopeless state in 2006, hence he decided to run for president again in 2007.

Mr Buhari said he was moved by the state of hopelessness in the country where the selfish interest of elected leaders superseded national interest, stressing that the 2007 election in the country was a disgrace.

"I am honoured today to receive youth from all over the country contributing to buy the form for me."

He listed his achievements in office to include completed rail project and new ones under construction, government support for farmers, including the rehabilitation of fertiliser plants, introduction of the Treasury Single Account (TSA, which he said has reduced stealing in public service as well as provision of jobs and cash for the most vulnerable Nigerians.

The Deputy Chairman of NCAN, Chuckwuemeka Nwajiuba, in his opening remarks, said the group that purchased the Expression of Interest Form for President was made up of three million Nigerians, some of who contributed as little as N68 to purchase the form after "a triple A assessment of the performance of President Buhari."

What Buhari Said When He Received APC Nomination Form 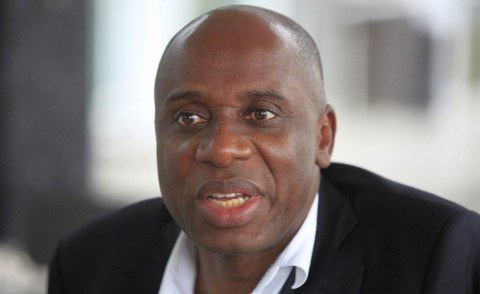 Rotimi Amaechi, Main Man to Lead Buhari's Re-Election Bid
Tagged:
Copyright © 2018 Premium Times. All rights reserved. Distributed by AllAfrica Global Media (allAfrica.com). To contact the copyright holder directly for corrections — or for permission to republish or make other authorized use of this material, click here.