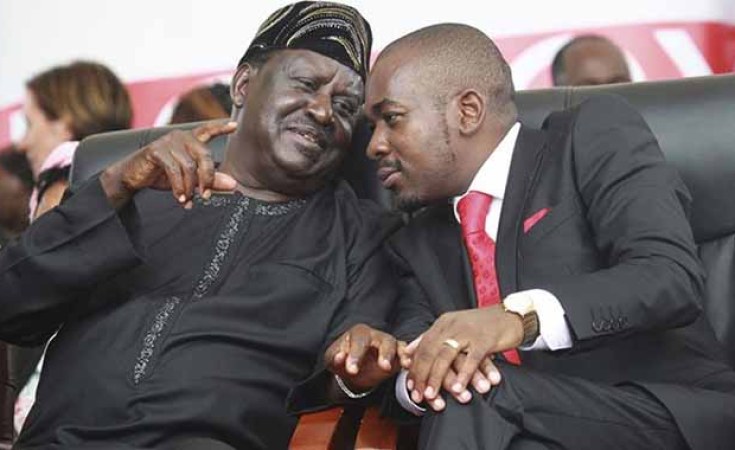 The Herald
If Nelson Chamisa goes ahead, he will join the ranks of Kenya’s opposition leader Raila Odinga and Uganda's Kizza Besigye (file photo).
263Chat (Harare)

Norton Member of Parliament, Temba Mliswa has laid into the MDC Alliance leader, Nelson Chamisa over his planned inauguration ceremony on Saturday saying the youthful opposition leader needs psychiatric help as he could be suffering from depression related to his recent electoral loss.

Addressing a press conference in Harare today, Mliswa said Chamisa's planned inauguration is in breach of the constitution, urging the law enforcement agents to deal with any threats to national security.

"He is breaking the law, and if he is arrested let's not say that ... i will urge the law enforcement agents to protect because that is a national security threat that's the truth of the matter. Let's not be excited, let's not be excitable.

"And I understand when one loses, certainly you go through a phase and some require psychiatric attention. It's not easy, and I mean that there is a depression that one goes through and that depression needs help. He needs help from psychiatric point of view," said Mliswa.

Mliswa urged Chamisa to build from what he got in the 30 July Presidential elections saying he has a chance to lead this country.

"Chamisa certainly needs help. It's sad that he cannot build from the percentage he got which is good for a first timer. Instead of finding allies and say Mliswa can you be my political commissar in the next election," added Mliswa.

On Saturday, Chamisa told a rally in Chitungwiza that he will be inaugurated by the people at party's 19th anniversary celebrations set for Gwanzura stadium on Saturday.

Justice Minister Ziyambi Ziyambi has however warned that the opposition leader risks arrest if he proceed with the inauguration plans.

Meanwhile, Mliswa heaped praise on the new cabinet saying Mnangagwa has struck a balance on gender and technocrats expressing pleasure at the relegation of Zanu PF old guard from cabinet among them Patrick Chinamasa, Obert Mpofu and Simon Khaya Moyo among others.

"It's the first government ever which have so many women, the young and the technocrats who are in there, and its quite important," said Mliswa.

Chamisa Will be Arrested if he Carries Out 'Inauguration' - Justice Minister 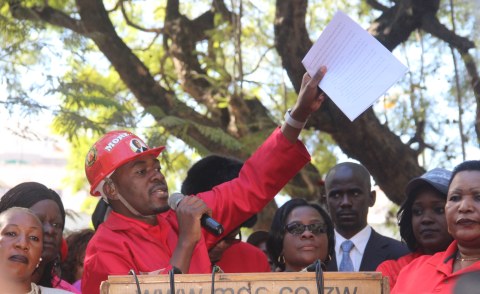 Chamisa Gets Green Light for 'Inauguration'
Tagged:
Copyright © 2018 263Chat. All rights reserved. Distributed by AllAfrica Global Media (allAfrica.com). To contact the copyright holder directly for corrections — or for permission to republish or make other authorized use of this material, click here.