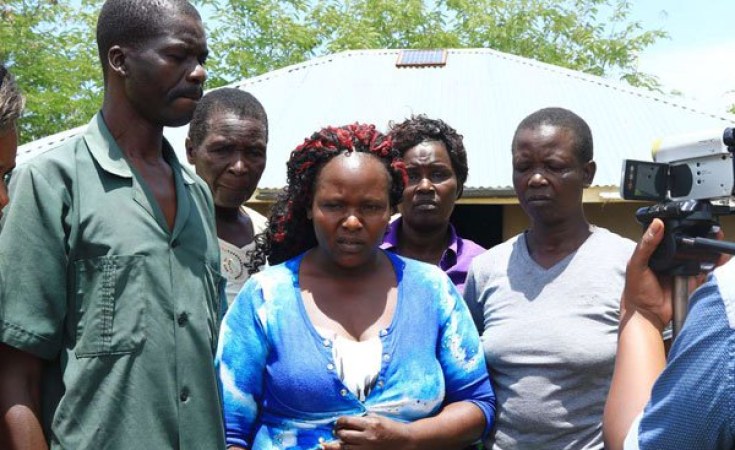 The family of Sharon Otieno, the slain Rongo University student will today bury the baby she would have delivered in two months, even as they called on President Uhuru Kenyatta to ensure justice for their daughter.

On Wednesday, they said they lacked words to express their agony over her gruesome death.

With many unanswered questions about her death, the pain and shock of losing their first-born child is palpable.

Witnessing the post-mortem on their daughter at the Rachuonyo level four hospital last week haunts them.

"This is too much for us to bear. Why did they have to slaughter her like that? I want to know why Sharon was killed," says Sharon's mother, Ms Melida Auma.

"It is my humble request to President Uhuru to look into this issue so that the truth is known," said Ms Auma.

"It has been hard for us. Very hard indeed. We have gone through a lot since Sharon disappeared. We want this matter put to rest. We want peace but this will be possible only after her killers are exposed and charged," said the mother of four.

She had hoped her daughter, a second year medical records and information student at Rongo University, would complete her course, join the health sector and help her siblings, the last of whom is a girl in Standard Five.

When the Nation visited their Magare village home in Homa Bay County, there was little going on. At the far end near the entrance were a group of men constructing a semi-permanent structure.

"We have had many visitors here since Sharon's death. Your death has brought them. But we are tired of this issue and leave it to God and the State. We can only plead for justice for you, my beloved child," says Ms Otieno's mother, as if directly addressing her.

Her father, Mr Douglas Otieno, says little, overcome by emotions. All he wants is justice for his daughter and her unborn baby.

"Why did they have to kill an innocent child? Why?" he asks, walking away. "Look at me," he says, when he returns after a while, "I cannot even attend the court proceedings in Nairobi because I cannot afford the fare. Being unable to see how the case unfolds just adds to my grief."

She says they are ready to do what it takes in their quest for justice for their daughter.

"We will even push these mountains. What is wrong with you people? Why even kill an innocent child? Just imagine if Sharon were your daughter, would you have done the same thing?" she asks her granddaughter's unknown killers.