Cameroon: Violence Continues to Disrupt Life in Many Parts of Cameroon

Buea — People are deserting the English-speaking regions of Cameroon after hundreds of armed separatists and the military were involved in Tuesday's bloody conflicts in five towns and villages leaving at least 15 people dead. The population complains that the army was slow in responding to simultaneous attacks by the separatists.

Intensive shooting between an unknown number of armed separatists and at least 50 soldiers of the Rapid Intervention Battalion, BIR, an elite corps of Cameroon's military is going on at Mile 16, Bolifamba, a neighborhood in the southwestern town of Buea.

As the military shoots, some of the troops clear the wreckage of vehicles, abandoned containers, trees and heavy metals the armed separatists are said to have used in blocking all entrances into the town before the military arrived. The military said the attackers also burned vehicles, houses and shops.

Some residents are rushing to various destinations including the bush.

Businessman Peter Bongkiyung, 24, says he saw two corpses including that of a soldier and does no longer feel safe in the town.

"I am still believing that come what ever I have to go," he said.

Jenine Ita, a 47-year-old jurist, working in the town, is also leaving with her three children and wounded husband. She says the armed men invaded Mile 16 as early as 5 a.m. Tuesday, blocking the road and setting some transport buses on fire. Jenine says she is surprised that the military which is found at various entrances to the town came late.

"We can not continue living in such an environment where you can not trust your neighbor. Where are the armed men coming from? How do they get into town without the knowledge of the military?" she said.

Similar simultaneous attacks were reported in four other villages in the Northwest and Southwest regions including Bamenda. Mamfe and Wum.

Bernard Okalia Bilai, governor of the Southwest region says he is pleading with the separatists to drop their guns and stop the carnage. He says the upcoming presidential election should offer an opportunity for them to democratically express their views should they be disgruntled with the government.

The government has been assuring voters that they will be protected.

Unrest began in Cameroon in November 2016 when English-speaking teachers and lawyers demonstrated against the overbearing use of the French language. Separatists took over and started demanding the independence of the English-speaking from the French-speaking regions of the bilingual country.

Last Saturday, armed Anglophone separatists burned buses and blocked traffic into and out of the capital of the English-speaking Northwest region and said the action in Bamenda was to disrupt next month's presidential election.

The United Nations reports that 300 people including 130 policemen and the military have been killed, hundreds of thousands have fled for their lives to the bushes and towns in the French-speaking regions. At least 20,000 have crossed over to Nigeria. 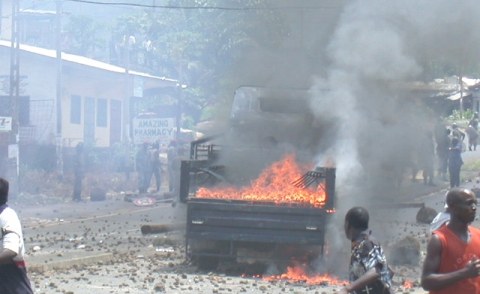 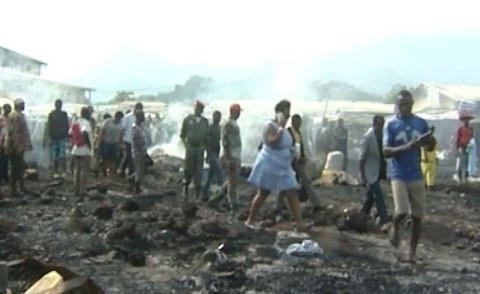 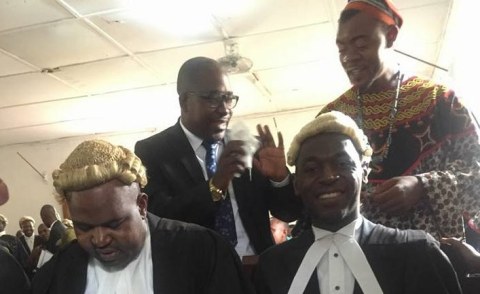 No End in Sight to Cameroon Anglophone Crisis

Cameroon Militants Disrupt Schooling
Tagged:
Copyright © 2018 Voice of America. All rights reserved. Distributed by AllAfrica Global Media (allAfrica.com). To contact the copyright holder directly for corrections — or for permission to republish or make other authorized use of this material, click here.