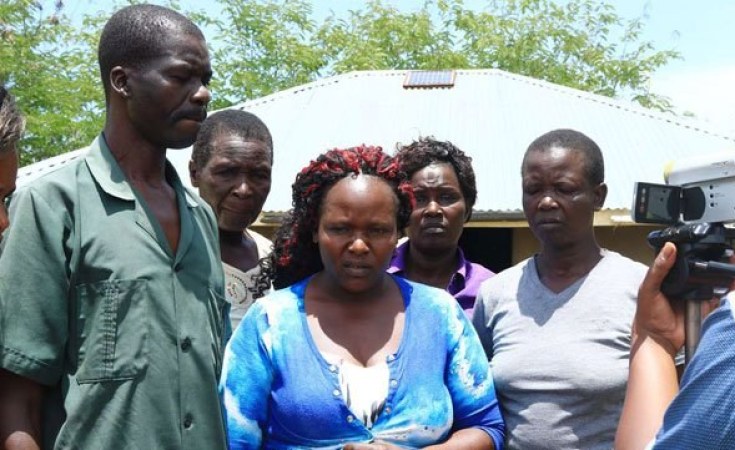 Migori County First Lady Hellen Obado posted a farewell message to her love rival, slain university student Sharon Otieno, moments after she had accompanied her husband at a press conference.

Governor Okoth Obado was on Wednesday accompanied by his wife, son Jerry and daughter Evelyn at the press conference at Serena Hotel in Nairobi where he denied any role in the brutal murder of Sharon.

Hours later, a statement was posted on his wife's Facebook page saying she had accompanied "my beloved husband" to a press conference and wishing Sharon's soul a good rest "in paradise".

The statement was pulled down soon afterwards.

Mr Obado, who said he has been devastated, ridiculed and embarrassed by the demise of Ms Otieno, accused some unnamed politicians of linking him to the murder, and the media of giving him "medieval punishment".

He sent a condolence message to the family of Sharon and asked politicians and members of the public to stop speculation.

He said he had co-operated with the investigating authorities and was ready and willing to do so again.

Earlier, police were granted a 14-day custodial order to detain Mr Obado's aide, Mr Michael Oyamo, who was arrested on Wednesday last week, a day after the body of Ms Otieno was discovered.

Musyimi - We Have Failed Sharon Otieno and Many Others