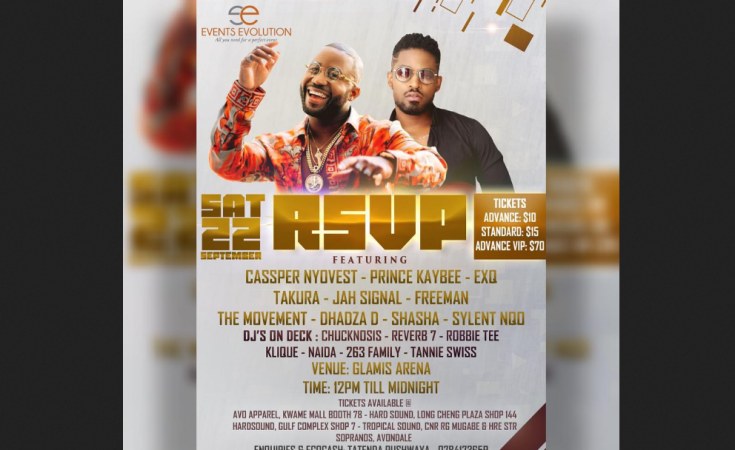 New kid on the local music promotion business, Events Evolution, says they are ready to change the face of showbiz by introducing timely programming at live concerts when they host South African rapper Cassper Nyovest and house music sensation Prince Kaybee next Saturday.

The show, slated for Glamis Arena, will start at midday until midnight and features local musicians, including EX Q, Jah Signal, Takura and Freeman, among others.

Speaking to The Standard Style on Friday, Events Evolution representative Tatenda Rushwaya said their aim was to release a programme that would be followed, a principle many promoters have failed to abide by resulting in shows that start and end very late.

"As a new promoter in this industry, we want to change how shows are done locally in terms of time so we will come out with a comprehensive programme, which we will release on Thursday," he said, adding that it would then be followed accordingly during the day of the event.

Ordinary tickets are selling for $10 and $15 at the gate while they have pegged at $75 for VIP.

"We are happy with how the tickets are selling so far and we are encouraging people to buy in time to avoid a last-minute rush," Rushwaya said.

"Both artistes have confirmed that they will perform on the day and it is going to be a great show." 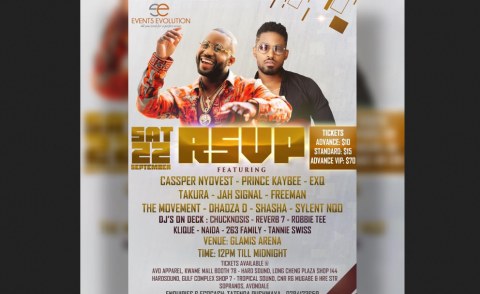 Vendors Forced Off Zimbabwe Streets Amid Deadly Cholera Outbreak
Tagged:
Copyright © 2018 Zimbabwe Standard. All rights reserved. Distributed by AllAfrica Global Media (allAfrica.com). To contact the copyright holder directly for corrections — or for permission to republish or make other authorized use of this material, click here.