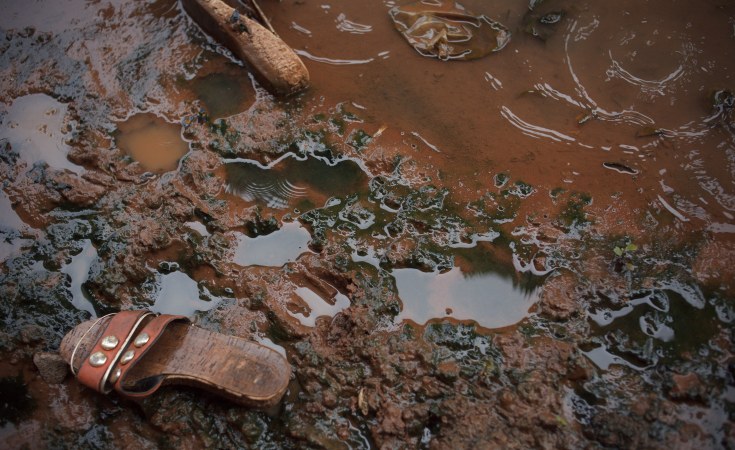 Cholera is a disease spread mostly by water and food that has been contaminated with faeces that contain cholera-causing bacteria. It breaks my heart just thinking about this.

For someone to be said to be suffering from cholera, they must have ingested human excrement. It means one way or another, you have been ingesting somebody's feaces.

Can you believe this? That in 2018, in a "free" Zimbabwe, faeces are still finding their way into some of the population's food and water? Raw sewage is finding its way into our boreholes, reservoirs and to our plates. This is a crime against humanity! It is unacceptable!

The fact that cholera affects mostly children makes it even more difficult to accept.

The only places one finds cholera in Zimbabwe are high-density suburbs. I am yet to hear of someone in Borrowdale having died of cholera. Cholera is therefore a disease caused by poverty and nothing else. This is a disease that affects the poorest in our world. It is shocking that Zimbabwe is facing a cholera outbreak. Are we poor?

Is Zimbabwe so poor that we cannot afford to treat sewage? Are we so poor that we are feeding children food contaminated with faeces? I can't wrap my head around the level of poverty insinuated by the cholera outbreak. I cannot because I have seen the mansions our leadership reside in. Judging by those, we are definitely not poor. I have seen the government issue vehicles zooming up and down the streets of Harare. Our ministers' dressing does not tell a story of poverty. No, they smell expensive, look expensive and behave expensive.

What then is going on? Cholera is a problem found in areas with poor sanitation. If people have no access to clean water, the problem is exacerbated because to prevent its spread, people must be able to wash their hands after using the toilet. One of the symptoms of cholera is diarrhoea. Those infected must have access to a sanitary toilet, preferably a flush toilet so their stool does not go on to contaminate anymore water and food.

If cholera managed to find its way into waterways, groundwater and other drinking water sources in the first place, now that there is an outbreak, it is most likely for the untreated diarrhoea of sufferers to find its way into those same water sources again, creating an epidemic. It is also highly likely that it will travel through underground water and reach even those suburbs where our government officials reside.

What is clear is that Harare has a sanitation problem, but it is confined to certain areas of the city. There are sections of the city that are not affected by council water shortages because they can afford to have boreholes in their backyards. There is a section of the population that has raw sewage from burst pipes floating freely in their streets and another that is unaffected because they can afford to use the septic tank system.

What are the chances then, that once there is an outbreak like the one we are experiencing now, those same citizens affected can curb it? They are told to wash their hands after using the toilet and I ask you: wash their hands with what water? You tell them to buy hand sanitiser and they ask you: buy it with what money? They cannot even afford the treatment required. It's a vicious and, I daresay, criminal cycle.

Government finds itself with a problem bigger than anyone could have ever imagined. Because they never serviced the sewer systems since they took over in 1980, they find themselves having to contain a cholera outbreak among people surrounded by puddles of raw sewage. Raymond Majongwe, a teacher's union representative, posted a video on Twitter of a school in Warren Park where a sewer pipe burst right by the school gate and kids have to cross a pool of raw sewage for them to enter the school. What this means is the children will spend the day drinking safe water within the school premises, they'll wash their hands after using the toilet; but still have to go through raw sewage for them to get home.

Cholera is a disease caused by poverty. To eradicate it, government must eradicate poverty in the country. They must ensure there is a supply of fresh, clean water to all areas in the country. Delta has donated water to affected areas to help curb the spread. Noble of them, but how sustainable is this as a solution? What happens when they leave? To solve the crisis, there has to be a complete overhaul of our sanitation services. New pipes must be laid and new sewage treatment methods must be implemented urgently.

It is embarrassing for Zimbabwe to be experiencing this problem right now. The year is 2018. It has been 38 years since Zimbabwe attained independence. Black people are running themselves. We are free. Why then are we seeing evidence of such gross inequalities? Our leaders need to develop a conscience. How do they feel living luxurious lives while the people are sinking in the depths of poverty? While the people are so poor that they have no choice, but to drink water with faeces in it?

There is need for government to prioritise health and sanitation. It is non- debatable. A minister in a country whose citizens have no drinking water should be ashamed to be seen driving a luxury vehicle. A president whose people are drinking water mixed with human excrement must take drastic measures to redirect finance from luxuries for the few to necessities for the masses.

Water is a basic human right. The Human right to Water and Sanitation was recognised as a human right by the United Nations general assembly on July 28, 2010. Access to water is also considered a condition for the right to enjoy an adequate standard of living. The human right to water entitles everyone to sufficient, safe, acceptable, physically accessible and affordable water for personal and domestic use. The general assembly acknowledges that clean drinking water and sanitation are essential for the realisation of all other human rights. One would think this is standard.

We have different views about how this nation should be governed. We have different preferences of who should lead us. But I have no doubt in my mind that as Zimbabweans, we can agree that it is inhumane, unacceptable and criminal for certain sections of our population to suffer the indignity of ingesting faeces in whatever form or quantity.

Zimbabwe Suffers U.S.$35.1 Million Cholera Budget Shortfall
Tagged:
Copyright © 2018 Zimbabwe Standard. All rights reserved. Distributed by AllAfrica Global Media (allAfrica.com). To contact the copyright holder directly for corrections — or for permission to republish or make other authorized use of this material, click here.