The United Nations (UN) and the International Committee of the Red Cross (ICRC) have in separate statements condemned the killing of one of the three aid workers abducted earlier this year by the Boko Haram in Borno State.

The murder of the 25 years old midwife, who was identified as Saifura Khorsa, came barely a month after Boko Haram released photos and audio recording of the three abducted female aid workers begging the Nigerian government to quickly come to their rescue as their time of being safe in custody of the insurgents was running out.

The three were working for the two international humanitarian organisations in Rann, one of the remote local governments in Borno State when Boko Haram attacked their base and took them into captivity in March this year. The other two still in Boko Haram custody are Hauwa Liman and Alice Loksha.

Three other humanitarian workers were also killed during the attack.

About six months into their abduction, the Nigerian government and its security agencies have not been able to secure their release.

The workers were believed to have been abducted by the Mamman Nur-led faction of the Boko Haram. Mr Nur was able to forge a link between his breakaway group of the Boko Haram and the Islamic State in Iraq.

Mr Nur was reportedly killed last week by his own men who were allegedly dissatisfied with his weak style of leadership, Daily Trust newspaper reported.

Before his reported death, it was believed the factional leader was always averse to murder of captives in their custody - stance that was believed to have pitched him against his lieutenants, including Abu-Musab AlBarnawi, the surviving and eldest son of the late founder of the Boko Haram, Muhammed Yusuf.

Mr Nur also reportedly used younger Mr AlBarnawi to negotiate their recognition and acceptance from the Islamic State when they decided to part ways with Abubakar Shekau's leadership of Boko Haram. But instead of giving full powers as the new leader, Mr Nur only allowed Mr AlBarnawi to function as shadow leader, while he still called the shot, sources told Daily Trust.

If Mr Nur's death is confirmed, the splinter group, with whom the Nigerian government has had successful negotiations in freeing some abducted girls, may now have fully returned to the path of unbridled hostility - just like the Shekau-led group.

The Monday murder of the 25 years old midwife may have been a sign of the group's new stance on how it may handle abductees in its custody should government fail to hearken to its call for a negotiated release of the captives.

In a statement issued to the press on Monday, the ICRC described the murder of Ms Khorsa. It pleaded with the abductors to release the two remaining female healthcare providers immediately.

The United Nations Office for the Coordination of Humanitarian Affairs (UNOCHA) also in a separate press statement on Monday described Ms Khorsa's murder as "a cowardly, heinous and despicable act."

The head of the ICRC delegation in Abuja, Eloi Fillion, said "we are devastated by the murder of our colleague Saifura."

"Saifura moved to Rann to selflessly help those in need. Our thoughts are with her family and other loved ones at this incredibly difficult time."

"We urge those still holding our colleague Hauwa and Alice: release these women. Like Saifura, they are not part of the fight. They are a midwife and a nurse. They are daughters, a wife, and a mother - women with families that depend on them," said Mr Fillion.

"Their families and friends miss them dearly and will not give up the hope of seeing them again soon. There is no ideology or religious law that could justify doing any harm to them."

The ICRC said it "will not comment on the identity of the women's abductors, their motives or the details surrounding Saifura's death."

"Since the women's abduction six months ago, the ICRC has made sustained and committed efforts to secure the three health care workers' release, and will continue to do everything in its power to ensure that Hauwa and Alice are released and can return to their families immediately," Mr Fillion said.

On its part, the UN mission in Nigerian described the murdered Ms Khorsa as "a young, dedicated and passionate midwife and humanitarian, whose murder it described as "a cowardly, heinous and despicable act."

The UN Humanitarian Coordinator in Nigeria, Edward Kallon, said the UN "calls for the immediate release of the two aid workers who are still being held."

"This incident demonstrates the severe challenges that Nigeria continues to face, but will not deter the international community from providing aid to millions of Nigerians caught up in the conflict in the north-east," he said.

In its reaction, Amnesty International described the killing of Ms Khorsa as a "horrific act."

"Amnesty International strongly condemns the recent killing of Saifura Hussaini Ahmed Khorsa, a midwife and aid worker, by Boko Haram. By this horrific act, Boko Haram has once again proven its brazen disregard for sanctity of life which must not go unpunished," Osai Ojigho, Director Amnesty International Nigeria said in a statement sent to PREMIUM TIMES.

"Under international humanitarian law, aid workers like late Saifura Ahmed and her colleagues must be protected from attack, and must not under any circumstance be targeted. Saifura was providing desperately needed humanitarian services to people affected by the conflict in the northeast and her senseless killing is a war crime."

"Boko Haram must immediately and unconditionally release the remaining two health workers abducted alongside Saifura. Now more than ever the authorities must do more to rescue the hundreds of civilians held by Boko Haram, also including Leah Sharibu who was abducted from her school in Dapchi town and the remaining Chibok girls."

"At Amnesty, we reiterate our calls once again that all those responsible for war crimes and other serious human rights violations and abuses must be brought to justice in a free and fair trial."

"The government of Nigeria strongly condemns this reprehensible and inhuman act. No religion permits the killing of the innocent. Saifura worked for the Red Cross, a humanitarian organisation tirelessly working to bring succour to all the victims of violence irrespective of the sides of the conflict," Mr Buhari said in a statement by his spokesperson, Garba Shehu. 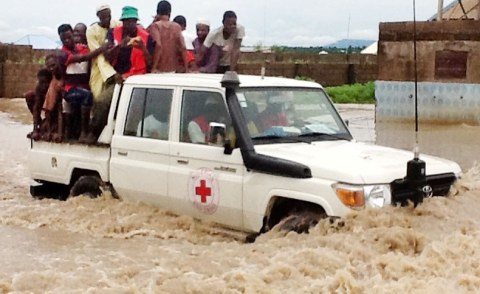 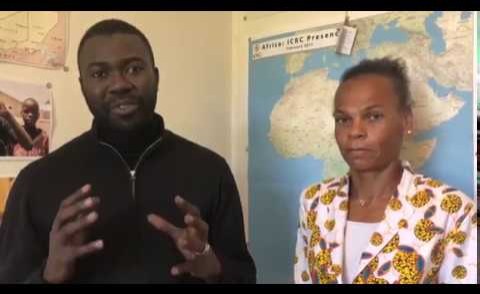 Nigerian Extremists Execute Another Young Medical Worker
Tagged:
Copyright © 2018 Premium Times. All rights reserved. Distributed by AllAfrica Global Media (allAfrica.com). To contact the copyright holder directly for corrections — or for permission to republish or make other authorized use of this material, click here.