Mosebenzi Zwane, former mineral resources minister, effectively acted as a direct emissary in former president Jacob Zuma's Cabinet for the Gupta family, the Zondo Commission heard on Monday, as Standard Bank's former group general counsel Ian Sinton appeared to explain why it had shuttered the Guptas' banking facilities in 2016. The latest revelations of how Zwane operated almost solely to fix for the Guptas show, how he attempted to bully the banks and shook down the commodities trader Glencore when the Guptas wanted to buy its Optimum coal mine.

In addition, he threatened the bank with legislation which would disallow it from closing accounts, a practice unheard of in modern economies with credible banking systems.

Zwane effectively acted as a direct emissary in former president Jacob Zuma's cabinet for the...

We Didn't Mean to Pressurise the Banks - Gwede Mantashe 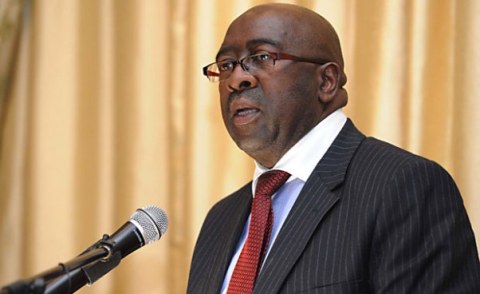 Finance Minister Speaks of Axing by Zuma, Nuclear Deal at Inquiry
Tagged:
Copyright © 2018 Daily Maverick. All rights reserved. Distributed by AllAfrica Global Media (allAfrica.com). To contact the copyright holder directly for corrections — or for permission to republish or make other authorized use of this material, click here.