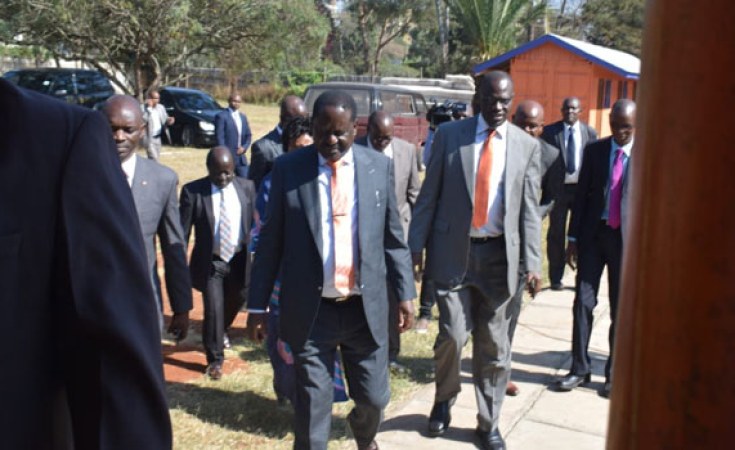 Speaking to Capital FM News in an interview, Duale said the Opposition's conditional support of the tax for only one year is deceptive.

"That condition is neither here nor there; what we are dealing with is the Finance Bill 2018 and after one year we will have another Finance Bill 2019 where the Treasury Cabinet Secretary will again review all the taxations. I think NASA is just trying to make sure that they use that as an exit strategy," he said.

According to the Garissa Township MP, the proposed eight percent tax on fuel may rise in one year's time through the advisory of the Treasury Cabinet Secretary hence making NASA's conditional backing unwarranted.

"In the Finance Bill 2019, the government might increase VAT on fuel to about 10 per cent because it is the government's aim to increase it gradually," he said.

Duale at the same time said that no Jubilee MP who votes against the recommendations will be sanctioned, insisting that the party is democratic.

"We are a mature open-minded party and no member will be punished because of the way they will vote but the leadership of the party surely does hope that all members will support the President's proposals," he said.

House Speaker Justin Muturi on Tuesday afternoon read the President's reservations on the Finance 2018 bill on the Floor of the House ahead of Thursday's debate where the lawmakers are expected to vote either to approve or reject the recommendations.

But even as that is being awaited, Duale expressed confidence that the Jubilee Party has already whipped enough members to support the Bill and further said that the support from NASA makes it a done deal.

In their respective Parliamentary Group meetings held Tuesday morning, both Jubilee and NASA reached a resolution to pass the Head of State's proposals that among other things seeks to cut the current 16 percent VAT on fuel products by 50 percent.

Duale warned that once the President Kenyatta's proposals are endorsed on Thursday and consequently assented to, business persons who are found acting in violation will be punished.