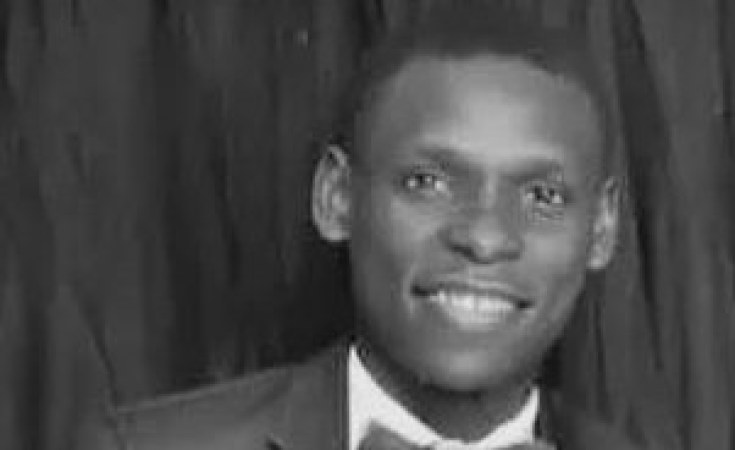 There used to be a time when the lines connecting climate change and gender were non-existent or blurred.  People hardly saw the interplay, and any mention of gender in the deluge of epidemic and disasters related to climate change was seen as a feeble attempt to foist gender on every discussion.  With more research, social progress, and available data from different parts of the world, it has become clear that there is no separating climate change from gender inequality.  It is a failing this discovery came late, yet it is not too late to act.

A stunning statistic I stumbled upon during my studies on environmental justice and climate change impacts on humanity precipitated this piece.  It reveals that women are 14 more times likely to die than men during a disaster.[1]  This is an alarming demography, if you consider that 68 percent of all disasters are related to climate change.[2]  This supports the contention that climate change affects women in particular, when broken down into demographic factors.

Women comprise the majority of agricultural workers all over the world, making them more vulnerable to diseases that result from extreme weather conditions, and in particular, those exacerbated by heat waves, extreme rainfall, and rising humidity.  Accordingly, women are more exposed than men to mosquito-borne diseases such as malaria, dengue, and chikungunya, which they come into contact with through the duties of water collection and food harvesting.  The physical pressure a female body undergoes during pregnancy and childbirth is also vital to consider in this context: foetuses are more likely to be at risk of low birth weight, pre-term deliveries and stillbirth during heat waves because the core body temperature of pregnant women is ordinarily higher than normal and they cannot thermoregulate like every other person.

Water scarcity is a grave subject, and the impact of climate change on it is significant.  Such scarcity means that women – for it is often, if not always, women - have to travel further distances to collect clean water for their homes, which has a considerable carry-on effect: a woman who spends hours daily travelling to collect water is unable to use that time in any other way, which prevents her from using her time more productively to get an education, gain a skill, or become involved in activities that could increase her social development.  Essentially, like a game of musical chairs, this continues the cycle of poverty and inequality, two factors that enable or disempower the female gender's involvement in society.

The role of women in domestic work including taking care of children, elders, and the sick, reduces their mobility too, thereby increasing their vulnerability to sudden climate-related disaster.  For instance, some women, due to cultural limitations, may need to seek the consent of a male adult to relocate from certain places to avoid impending or actual disasters.  And from a pragmatic perspective, some forms of traditional clothing may inhibit women's movement – both physically and from a moralistic standpoint.  Women who have lost clothing in disasters may be less likely to access food and medical aid because they are unable to enter public areas.

This is compounded by the fact that women make up the majority of the world's poor and are more dependent than men on natural resources for their livelihood, yet policies for land ownership and the social structure that determines access for women are poised against them.  Moreover, studies show that women are often excluded from government-run climate change adaptation training for farmers and fishers, despite women constituting 45-80 percent of this group.  Thus, women, especially in rural areas, and the livelihood they eke out for themselves are threatened by climate change, because they lack the knowledge for adaptation and mitigation.

Climate-related disasters are also responsible for high mortality and vulnerability levels of women.  83 percent of single mothers were unable to return home after Hurricane Katrina for a full two years after the storm[3].  In the 2004 Asian tsunami, women in many villages in Aceh, Indonesia, and in parts of India accounted for over 70 percent of the dead.  An estimated 87 percent of unmarried women and 100 percent of married women lost their main source of income when Cyclone Nargis hit the Ayeyarwaddy Delta in Myanmar in 2008.  Even in post-disaster refugee and Internally-Displaced Person (IDP) camps, women and girls are exposed to higher risks than men - especially during conflict -  over scarce resources, and are also susceptible to greater likelihood of sexual abuse and domestic violence.

This is the female face of climate change, and it is not looking good, to say the least.

On the bright side - a side many societies neglect, sadly - women are effective actors in both mitigation and adaptation.  They often have a strong body of knowledge and expertise that can be used to create and implement workable strategies suitable for their communities.  This has been displayed in countries like Brazil, Mali, Bangladesh, and India, where women are constantly developing solutions to climate change disasters.  It is axiomatic to recall that women leaders initiated the Paris Agreement adopted at the 21st Conference of Parties on Climate Change (COP 21).

Christiana Figueres, the United Nations Framework Convention on Climate Change (UNFCCC) Executive Secretary, during COP21, spent decades working towards an ambitious and equitable final text.  New Executive Secretary, Patricia Espinosa, pushed it further at the Conference in Marrakesh.  Ambassador Laurence Tubiana, French ambassador for international climate negotiations at COP 21, and Minister Hakima El Haite, Delegate Minister in Charge of Environment for Morocco also encouraged climate action from state and non-state actors, with a specific mandate to amplify the voices of women in the UNFCCC process.  A study of 130 countries revealed that when women are in government positions, they are more likely to sign on to international treaties that are taking action against climate change.

Rather than seeing the domestic role of women in many countries as a black mark against their capabilities to do anything else, we must recognize its importance.  Women are often expected to be the stewards of natural and household resources, which can often position them well to contribute to livelihood strategies.  Ergo, women should also be at the table in making these important decisions, both locally and internationally.

The voice of women should be heard as it is their wellbeing affected the most.  Land, environmental and climate policies have to be revamped to be inclusive; granting women access to education, life skills, information, resources and disaster aversion knowledge to reduce their vulnerability.  Governments should take a serious approach towards empowering women to be climate ready, re-organize social structures for more inclusiveness of the female gender and also mainstream gender-responsive approaches in climate change strategies.  By doing this, countries of the world simultaneously improve chances of climate resilience and ensure gender equality while keeping in stride with the UN Sustainable Development Goals.

Caleb Adebayo is a 23 year old environmental enthusiast and lawyer from Nigeria. He runs an environmental non-profit, Earthplus, that is committed to promoting best environmental practices and stemming the tide of Climate Change effects through advocacy and knowledge sharing using creative tools. He is a climate journalist with Climate Tracker and a Climate Ambassador for Care About Climate. He is a spoken word poet and has performed on a range of social issues including climate change. He lives in and loves Lagos.