Nigeria: Beyond the Violence in Northern Nigeria 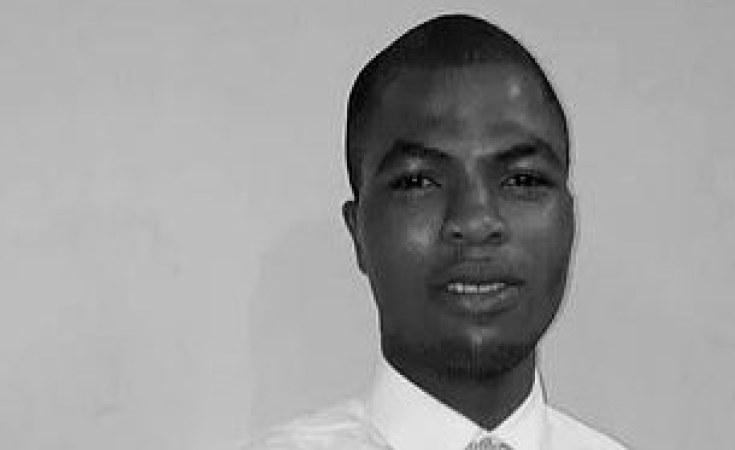 Imagine a 10 year old boy – again, your son, your brother, your grandchild - forcefully drafted by militants into war he won't survive.  Imagine the way his tiny fingers will struggle against the cold, unrelenting metal of his gun the first time he fires it.  Imagine how pulling the trigger gets easier as he ages.  Imagine the death of his mercy, his humanity.

Imagine women and children being traumatised through rape or physical abuse, imagine a parent trading her daughter in exchange for money and basic material, imagine the full weight of this suffering.  Feel it, heavy and unwelcome, in your chest.

Sadly, this is just a snapshot of the reality of life of an internally-displaced individual navigating a hostile world and a constant threat of death.

In recent times, thousands of the over 2.2 million displaced persons in Northern Nigeria are trapped in a brutal cycle of violence between incessant Boko Haram insurgency, community clashes, mistargeted military bombings, starvation, shortage of water and other life-sustaining commodities, and the spread of disease due to poor sanitary conditions of the camps.  Upon the heels of bombing and gunfire, a dire humanitarian disaster – perhaps greater than Boko Haram - looms due to a collapsed medical system and inadequate aid inflow.

An internally-displaced person (IDP) is someone who is forced to flee his or her home to escape risk of or exposure to armed conflict, situations of generalized violence, natural or human-made disasters – but with one stark difference from the traditional image of refugees: an IDP remains within their country's borders.  The global displacement rate in 2016 stands at 227.6 million, with 40.3 million attributed to violence and 6.9 million categorised as newly displaced.  Sub-Saharan Africa has about 3 million displaced persons as well as 25.8 million adults living with HIV/AIDS.  The relationship between the two cannot be overlooked; displacement remains the greatest driver of HIV/AIDS, disease, and death in Northern Nigeria.

On a daily basis, people are helplessly displaced or killed due to insurgency, tribal and religious conflicts, political upheaval, sickness, and border clashes.  Displacement makes people vulnerable: they are limited to what they can carry, have no shelter for themselves, and are afraid.  This vulnerability exposes them to an increased likelihood of experiencing sexual violence and coercion, rape, sudden impoverishment, inadequate access to quality health care, humiliation, beatings, and other indignities.  Women may resort to commercial or transactional sex as a negotiation strategy for survival – a desperate act that is believed to be one of the major issues that fuels the HIV/AIDS epidemic in Nigeria.  Many IDPs living with HIV/AIDS are neglected by government services, and are left to die a preventable death.

Daily life in IDP camps is rife with suffering: inadequate access to a balanced diet, gender inequality, limited or non-existent access to quality reproductive health services and a lack of basic skills to deal with emotions make these camps a volatile and dangerous place.  Despite the vulnerability of these camps to HIV/AIDS, access to prevention and treatment of this condition remains a major unfulfilled capacity gap in many camps.

The conditions which people are subjected to in these camps are so unjust that there is no better comparison to them than detention centres or prison camps.  Intended to be a refuge for people displaced by violence, instead is disheartening to realize that these IDP camps have turned out to be a place of horror, for girls in particular.  Many girls who are already traumatized from being forced to leave their peaceful homes are statistically likely to end up becoming victims of rape and sexual exploitation, burdening them with the undeserved consequences of unwanted pregnancy, HIV/AIDs, and other grave health challenges.  Worse still, some camp officials are also in cahoots with traffickers of teenagers to enable this exploitation in exchange for profit.

More effort is needed from the Nigerian government to stamp out all forms of terrorism and violence and to scale-up reproductive health service intervention and resettlement programs for displaced people.  There must be an increase in funding and intersectoral collaboration with international donors and philanthropists to urgently end hunger and ensure a healthy living environment for women and children, as well as to promote wellbeing for all ages, ensure quality education, gender equality in order to achieve a zero-HIV infection rate by 2030.

There is an urgent need for public solidarity, a cross-cutting of communal dialogue in preventing and resolving crisis, and need to ensure that internally-displaced people are cared for and protected from violence, abuse, and preventable death.  A concerted effort should be channelled towards providing urgently-needed medical aid with adequate record-keeping to prevent misappropriation of resources and funds. Furthermore, a strong political will is necessary to foster health education amongst people about sexually-transmitted infections including HIV/AIDS, and inclusive conflict resolution systems should be enacted to ensure justice devoid of socio-political barriers.  All initiatives for this should be coupled with free education programs for all Nigerians inside and outside of IDP camps, in order to ensure that a major origin of violence - poor education - is swiftly addressed.  With better management of IDP camps and a holistic approach to combating extremist violence, we can realize at least 80% of the United Nations Sustainable Development Goals (1-6 and 10-12) in our lifetime and ensure that a chance of hope is given to the hopeless, a shining light dawns on their darkness, and a lasting peace is attained.

Segun has a progressive experience in public health youth advocacy, community mobilization, public enlightenment, behaviour change communication, community participation, training and resource-linking. His research cuts across noncommunicable disease prevention such as  hypertension, physical activity, diabetes and Nutrition. Reproductive health issues like family planning, Maternal Newborn and Child Health interventions, adolescent peer education on sexuality reorientation. Under five immunisation, malaria and communicable diseases such as: Hepatitis B vaccination, HIV/AIDS, PMTC, HBV, HCT, TB, as well as a peer educator coordinator among in school and out of school adolescents on various health diseases such as HIV/AIDS and cancers. He has fiercely engaged the faith based organisation, traditional community stakeholders, healthcare institutions and policy actors on disease burden reduction intervention programmes using a community-centered comprehensive awareness campaign approach towards the realisation of the Sustainable Development Goals (SDGs) 1, 4 and 5 in Ibadan, Nigeria.