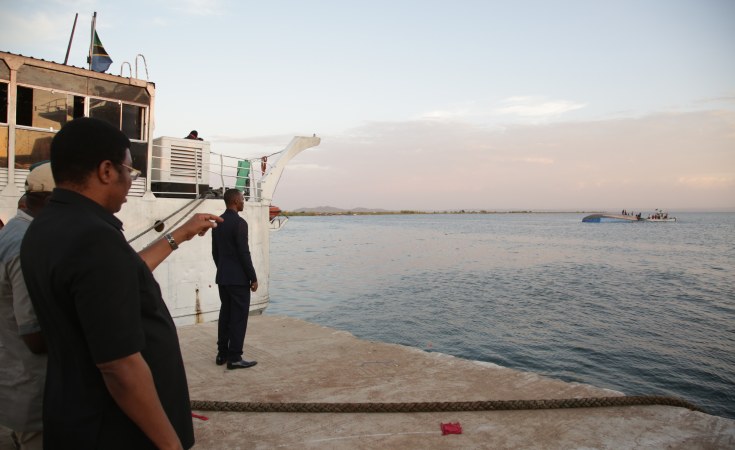 As mourning grips the country following the capsizing of MV Nyerere in Lake Victoria of Mwanza Region on Thursday, President John Magufuli has declared four days of mourning where the national flag will fly half-mastAddressing the nation via the Tanzania Broadcasting Corporation (TBC), President Magufuli said that the accident that occurred between Bugolora and Ukara Island in Lake Victoria had claimed 131 lives and more bodies were still trapped in the capsized boat.

He went on to order an intensive crackdown of all officials responsible for the management of MV Nyerere. The President also revealed that according to information availed to him but were yet to be verified, the captain in charge of the ferry was not onboard when the incident occurred, as the ferry was left in charge of another person.

"Based on that all the officials of the ferry should be arrested and investigations should proceed," said President Magufuli, adding that the said captain had already been arrested. He further cautioned politicians not to use the devastating moment for obtaining own free publicity, but rather leave the matter to be handled by proper authorities.

Earlier on, the Chief Secretary, Ambassador John Kijazi, ordered for prompt investigation and legal action to all servants who were involved in one way or another.

"As of 15.10 pm today, the reports have it that MV Nyerere whose capacity was 101 passengers has caused 127 death and 40 survivors meaning it had exceeded the carrying capacity 67 passengers," he said.

Adding, "As the rescue operations continue, we are not sure of the exact number of passengers who were in the vessel, thus allinvolved must be taken into account including officials from the Surface and Marine Transport Regulatory Authority (SUMATRA)," said Mr Kijazi.

He told the meeting participants that the accident should serve as an eye opener saying some people were irresponsible and the trend should not be left unchecked. He also called for a special investigation against SUMATRA officials since they are tasked with ensuring the safety of the marine vessels with the number of passengers is among the details.

He commissioned for detailed investigation to see if the vessel had other reasons that caused it to capsize apart from overloading. Ambassador Kijazi used the audience to send condolences to the bereaved families and the casualties saying the government is praying for their quick recovery.

Meanwhile, thousands of relatives were anxiously waiting to identify the bodies of their beloved who perished in the yet another calamity similar to the one that occurred in 1996 when MV Bukoba capsized, killing hundreds of passengers onboard.

The situation is tense here, with Inspector General of Police (IGP) Simon Sirro cautioning the rest of the residents to remain calm and observe instructions as issued by the authorities, until they are informed on how best they will identify their dead relatives.

IGP Simon Sirro said the identification exercise would start anytime yesterday paving the way for the identified bodies to be taken for burial according to their religions and traditions.

The Minister for Works, Transport and Communications, Isack Kamwelwe, said all measures will be taken to make sure bodies were well preserved in the mortuary at Bwisya Health Centre and that the government will be fully involved in all aspects to make sure the burial exercise was carried out smoothly, while divers work hard to make sure all bodies were recovered.

The capsized MV Nyerere underwent major maintenance in July, this year, with two engines fixed but eye witnesses attributed the Wednesday accident to overloading as the ferry was on its way from Bugolola market to Ukara.

He mentioned others as Emmanuel Shinga (Clerk), Augustine Charahani (Technician), Mathias Thomas (Security Guard) and Blastus Bundara, (In-charge of ferry) while other three were rescued.

Another team that arrived yesterday for reinforcements in the evacuation exercise included the Navy Force from Musoma in Mara Region which was accompanied by the Regional Commissioner, Adam Malima.

The MV Nyerere was constructed in 2004 with normal net weight of 25 tonnes, and carrying capacity of 100 passengers and 3 small cars. An estimated 1,000 people perished after MV Bukoba, capsized on May 21, 1996, shortly before reaching Mwanza Port.

Overloading of passengers and cargo alike, was one of the factors blamed for the disaster, the worst since the country attained political independence in December 1961.

Several people were entombed in the bowels of the lake and some of the retrieved bodies were buried in a memorial graveyard near Mwanza city. On September 10, 2011, nearly 200 people perished when MV Spice Islander, which was travelling between Zanzibar's main island, Unguja, and Pemba, sank off Zanzibar Island.

In July the following year, at least 31 people died when MV Kalama capsized after it set sail from the Tanzanian commercial capital of Dar es Salaam. Enhancement of maritime safety is one of the challenges that the Union and Zanzibar governments are still grappling with. 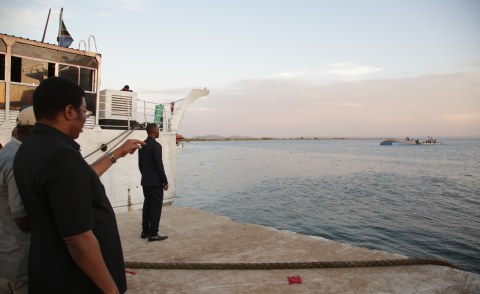 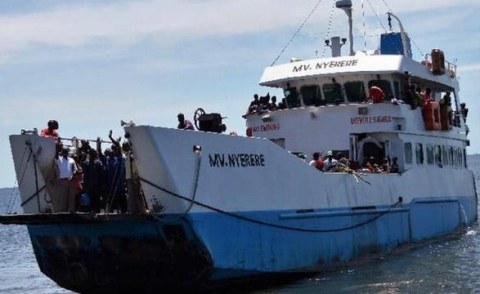 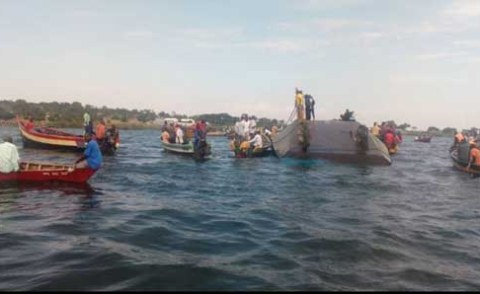 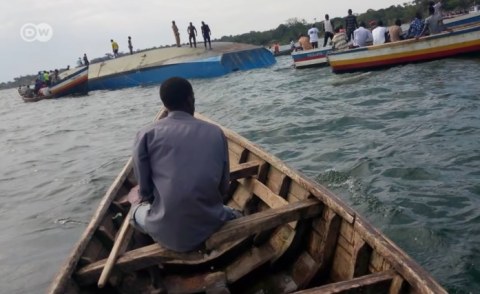 Donations Pour in for Tanzanian Ferry Disaster Survivors
Tagged:
Copyright © 2018 Tanzania Daily News. All rights reserved. Distributed by AllAfrica Global Media (allAfrica.com). To contact the copyright holder directly for corrections — or for permission to republish or make other authorized use of this material, click here.