Kenya: Obado Arrested, to Be Charged With Murder 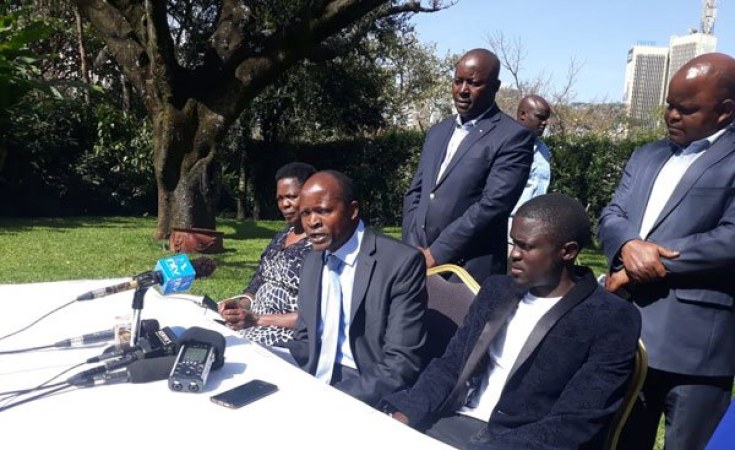 Migori Governor Okoth Obado will be charged in court with the murder of Rongo University student Sharon Otieno on Monday.

His lawyer Cliff Ombeta confirmed the charges yesterday saying the governor would spend the weekend in police custody.

Governor Obado's arrest yesterday was the culmination of investigations by detectives, who earlier indicated he was a person of interest after a DNA test report confirmed he was the father of Sharon's foetus.

Sharon's baby died after the mother was stabbed in the abdomen.

Sources said the governor was arrested early morning in Nairobi, but Mr Ombeta disputed this claim saying his client had presented himself to detectives at Directorate of Criminal Investigations on Kiambu Road where he was grilled for hours.

"We were asked on Thursday to come and see the investigator and we were here yesterday at 10am. They asked for a further statement which we made and before they could consider it and confirm the details, they arrested him," Mr Ombeta told journalists.

The governor was whisked away from the DCI headquarters at around 3.45pm and taken to Gigiri Police station in a convoy of four vehicles.

Sources had earlier indicated they were closing in on the main suspect who planned, financed and oversaw Sharon's gruesome murder. Yesterday, Mr Ombeta vowed to fight in the courts, saying DNA results link Governor Obado to the unborn baby but do not directly implicate him in the murder.

He accused the DCI and Director of Public Prosecution of playing to the gallery.

"Something had to give in. The DCI and DPP should be ashamed because they know they have nothing but just want to push a process forward. It has to be murder that he will be charged with. Nothing else. It's the only charge and caution there was when the governor was answering questions, it was in relation to murder of Sharon," he said.

The lawyer indicated the governor's wife Hellen was also person of interest after suspects named her close associates in the horrendous scheme.

She, however, did not accompany his husband to the DCI yesterday.

On Wednesday, police postponed her scheduled interrogation at the DCI headquarters as investigators gathered more evidence from suspects already in custody.

"The wife might appear here next week in case they want to question her. If they have decided we shall got to court we will defend the case. DNA cannot be the cause of murder. It could not be because the governor was willing to take care of the baby and the lady," Mr Ombeta said.

A court has also allowed police to detain Mr Jack Gombe the driver of a Toyota Fielder, the vehicle they believe was used in the abduction of Ms Otieno and journalist Barack Oduor for two weeks for questioning.