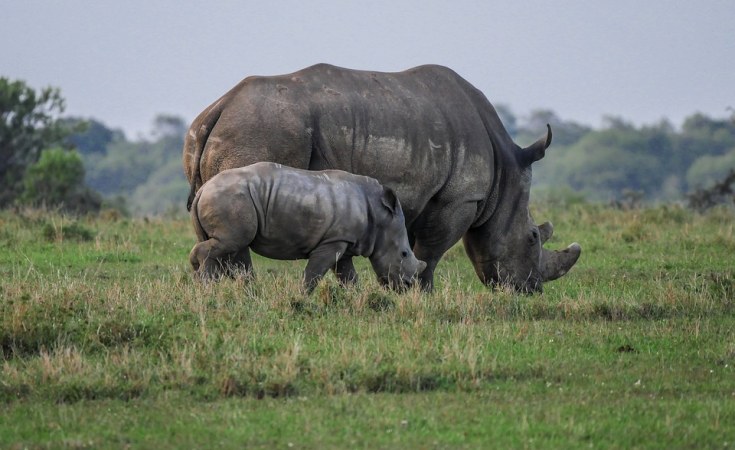 A dramatic decline in the number of rhinos poached has been recorded since the start of 2018, compared to the same period last year, the Department of Environmental Affairs has confirmed.

This is according to its progress report on the implementation of the integrated strategic management, released ahead of World Rhino Day, celebrated on September 22.

"Rhino poaching numbers in the Kruger National Park also continue to decline. In the period under review, a total of 292 rhino were poached, compared to 332 in the same period last year," the progress report states.

"This decline comes despite a dramatic escalation in poacher activity inside the park, ranging from sightings, to poacher camps found, to incursions. A total of 1 873 incidents were recorded in the period under review. This is compared to 1 702 in 2017."

In KwaZulu-Natal, 163 rhino were poached during the specified period last year, compared to the current 83.

A total of 530 rhino poaching-related cases are currently on court rolls, involving 750 accused and 1 738 charges, the department said, with close to 300 of these cases being trial-ready for charges including rhino horn trafficking and the illegal possession of firearms and ammunition.

According to the department, 70 cases involving 163 accused were finalised between January and August, with a 93% conviction rate and a total of 288 years in sentencing.

Thirteen wildlife traffickers - five Chinese nationals and eight locals - were also nabbed by the Hawks en route to China, Hong Kong and Vietnam at the time of their arrests.

Appropriate technologies such as force multipliers are also being explored by SANParks.

The department is currently piloting "home-grown solutions" such as a mobile radar system.

"This system has ensured the decrease of rhino poaching in high-density areas by more than 80% and has ensured that the rangers now can dominate the night hours as well," the report states.

Meanwhile, SANParks' integrated initiatives to manage its rhino population have had varied successes, the department noted.

"In our rhino parks that are more than 50 000ha on average, black rhinos of both subspecies are increasing and they now boast 63 south-central and 199 southwestern black rhino. White rhino populations in other national parks are also increasing, with 250 counted by the end of 2017."

Last year, the black rhino population in the Kruger National Park was between 427 to 586.

"White rhino numbers in the Park, however, continued to decline, with the population estimated at between 4 759 and 5 532 individuals during 2017. White rhino, unlike black rhino, were affected by the drought - with natural mortalities increasing from 1% to 1.5% during the drought, while the birth rate dropped from approximately 9% to 5% one year after the drought."