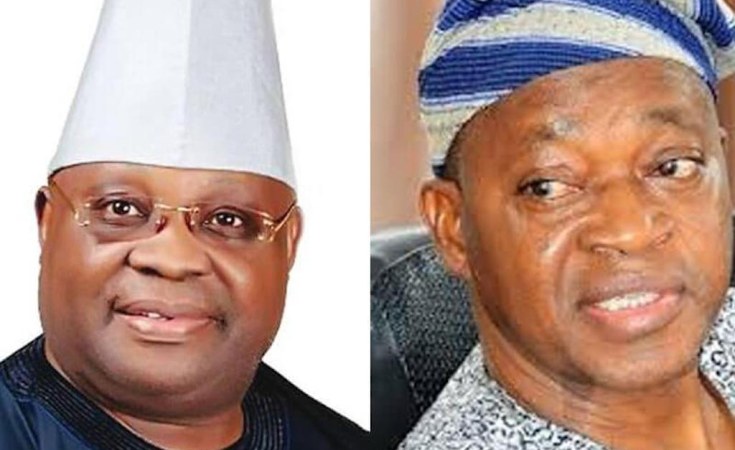 Saraki, who is the chairman of the Peoples Democratic Party (PDP) ýCampaign Council for the Osun governorship election, said in a statement he personally signed that INEC erred in its decision as there was a clear winner in the elections with geographical spread across all the local governments.

Saraki also called on the supporters of PDP to be calm even as he commended the PDP candidate, Sen Ademola Adeleke, and other contestants for their resilience.

"In my lay man's opinion, the INEC was wrong in declaring the election as inconclusive because the votes in certain polling units were cancelled. The decision of INEC to cancel the election in those areas after voting had taken place means INEC had already excluded the votes in these areas from the election process and therefore those units should have no place in the overall results.

"My opinion would have been different if the election in the affected units did not take place at all, may be as a result of malfunctioning of the card reader machine or unavailability of the electoral materials. Since the voting took place and was cancelled, only the courts could reverse the initial decision by INEC to cancel the votes in these areas.

"That is why I call on our party and its candidate to seek further legal interpretation on this decision by the electoral body. One cannot but wonder whether if the places were reversed and the candidate of the ruling All Progressives Congress (APC) is the one leading in the election; the INEC will take the same decision it has taken now.

"At this point, it is necessary to also call on INEC to display courage, boldness, independence, neutrality and patriotism so as to send signals to the world at large that Nigerian electoral system has come of age and that our democracy has matured. The electoral body needs to re-assure all and sundry that the 2019 election and other elections will be free of manipulations and undue interference," he said.

Osun State a Hot Potato as Parties Join Forces to Win Race
Tagged:
Copyright © 2018 Daily Trust. All rights reserved. Distributed by AllAfrica Global Media (allAfrica.com). To contact the copyright holder directly for corrections — or for permission to republish or make other authorized use of this material, click here.