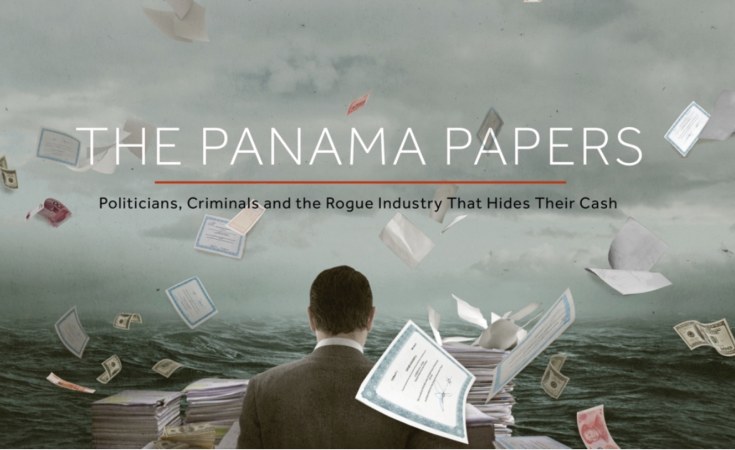 Premium Times
Panama Papers
The Namibian (Windhoek)
By Will Fitzgibbon

A Namibian lawyer filed a lawsuit against The Namibian newspaper over Panama Papers-related stories that linked him to companies used by an alleged Mafia kingpin and others.

Henner Diekmann, who specialises in foreign investments in Namibia, alleges that two stories published in 2016 and 2017 as part of The Namibian's coverage of the award-winning Panama Papers investigation libelled him.

The stories resulted from reporting and data unearthed as part of the International Consortium of Investigative Journalists' Panama Papers investigation.

Diekmann wants the newspaper to retract the articles, apologise or pay him N$300 000. Amupadhi told ICIJ: "We believe this is an attempt to intimidate and stop us and the rest of the news media from writing about people who have a lot of resources to keep their activities secret.

"We have followed the best journalistic practices and standards when publishing these articles. We stand by our reporting."

The Sicilian Mafia, known as La Cosa Nostra, used Namibia as a port of call for cocaine trafficking throughout the 1990s and early 2000s, according to media reports.

Palazzolo was arrested in Bangkok in 2012 on charges relating to his association with the Mafia, which he denied. In December 2013, he was extradited to Italy, where he remains in jail in Milan. He previously served a three-year jail sentence for money laundering.

The Namibian reported that Palazzolo and his family owned or used local companies involved in diamond mining and real estate, including one company in which a son of Namibia's founding president was a shareholder.

In May 2016, using emails and documents from the Panama Papers investigation and, separately, communications obtained between the governments of Italy and Namibia, The Namibian expanded on its reporting.

Diekmann was the director of a company in Seychelles linked through another director in that company to Palazzolo, The Namibian reported. The newspaper stated that a Hong Kong entity named H Diekmann Trust was a shareholder in the same company.

According to The Namibian, Diekmann was included in email correspondence about another Seychelles company alongside "Robert von Palace," the name used to identify the Italian in the Panama Papers documents.

Diekmann also was a co-director of another company alongside Palazzolo's son, The Namibian reported.

The Namibian stated that it had witnessed correspondence between local government officials and investigators in Italy about Diekmann's role as the director of a local company, Komsberg Farming, which reportedly held the majority of Palazzolo's property in Namibia.

"Diekmann would seem to be the attorney of choice for individuals investing in companies connected to...Palazzolo," The Namibian reported.

Diekmann denies wrongdoing. He declined to answer questions sent by ICIJ, but has previously told The Namibian he was merely a lawyer representing clients.

Diekmann also rejected the newspaper's defence that it must publish information in the public interest.

Amupadhi said to lose the case would be "a killer" for his paper, as the defeat could come with legal costs five times higher than the N$300 000 in damages sought.

The lawyer for the newspaper said he believes that Diekmann's claim could be an essential test of Namibia's media freedom, protected under the country's constitution.

"Potentially, this will then be the first case that will serve in the Namibian courts to attempt to broaden the defence available on defamation cases," the newspaper's lawyer, Norman Tjombe, wrote in an email shared with ICIJ.

Namibia is widely seen as one of Africa's media success stories. Global media freedom watchdog Reporters without Borders recently ranked it second only to Ghana in its annual press freedom index for Africa.

But the fact that Namibia has not experienced violence against reporters or overtly repressive legislation of the kind adopted in other African countries "does not mean that Namibian journalists and media do not face difficulties or challenges," said Arnaud Froger, head of Reporters Without Borders Africa desk.

Namibia's intelligence service recently sought - unsuccessfully - to prevent a newspaper from publishing an unrelated story about alleged corruption, Froger said. "The very fact that a media outlet was sued by the intelligence services of its own country tells a lot about the difficulty for journalists to deal with corruption issues."

"Access to information should be guaranteed in law, and journalists should be protected from abusive defamation lawsuits," he added.

Amupadhi said Namibia's position as Africa's freest media environment "was always a flawed assessment" in the eyes of many journalists practising in the country.

"As the saying goes, all that glitters is not gold," he said. "We face several challenges, including the lack of an access to information law in a political and economic governance environment which is substantially non-transparent and unaccountable."

* Will Fitzgibbon is a senior reporter and coordinator of partnerships in Africa and the Middle East for the International Consortium of Investigative Journalists (ICIJ).

Tagged:
Copyright © 2018 The Namibian. All rights reserved. Distributed by AllAfrica Global Media (allAfrica.com). To contact the copyright holder directly for corrections — or for permission to republish or make other authorized use of this material, click here.