Africa: Motsoaledi - Why Ramaphosa and the UN Will Be Making History This Week 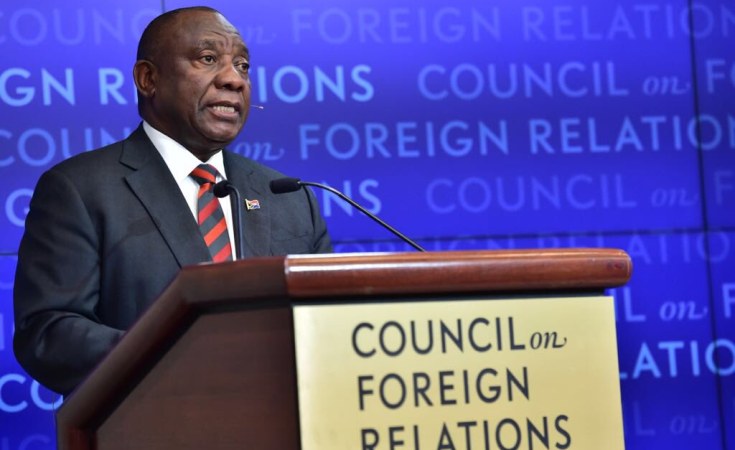 Heads of state will tackle the world's leading cause of death from a single infectious agent this week -- a disease, that is, ironically, curable.

On Wednesday, the United Nations (UN) - and President Cyril Ramaphosa - will make history: for the first time, heads of state will debate tuberculosis (TB) at a General Assembly meeting. Ramaphosa will play a leading role in the opening session as the chair of the Stop TB Partnership Board.

The gathering is viewed as an unprecedented step forward by governments in the fight against TB.

TB is the world's leading cause of death from a single infectious agent - it kills more people than HIV, despite the fact that it's curable, according to the World Health Organisation's 2018 Global TB report.

Although the report notes a 21% decrease in new TB cases between 2016 and 2017, TB still killed 1.6 million people last year. About 30 000 of those deaths occurred in South Africa.

Our country is one of eight countries that account for two thirds of new TB cases globally.

Statistics show that round about a quarter of the world's population is infected with TB. TB infection in itself doesn't necessarily make people sick - the infection mostly remains latent. The trouble happens when a latent infection develops to active TB.

This takes place in people with compromised immune systems.

That is why South Africa's TB epidemic is fuelled by the country's high HIV infection rate - HIV weakens people's immune systems and make them up to 50 times more likely to develop active TB than HIV-negative people, the WHO says. National health department data show that 60% of people in South Africa with active TB also live with HIV.

TB and HIV are in effect two sides of the same coin.

The UN meeting follows after a ministerial conference on ending TB in Moscow in November.

The General Assembly takes place once a year in New York. It is the UN's main "deliberative, policymaking and representative organ", the body explains on its website.

Decisions on important questions such as those on peace and security, admission of new members and budgetary matters are made.

The meeting is likely to result in a political declaration on TB endorsed by heads of state, that will "strengthen action and investments for the end TB response, saving millions of lives", the UN says.

By agreeing to participate in the TB gathering, President Ramaphosa is demonstrating South Africa's leadership and political will to fight the disease.

Heads of states will decide on ways to eliminate TB by 2030 or sooner. This is one of the UN's sustainable development goals.

In order to reach this target, the global TB community has drafted a series of "asks" for governments to commit to. These are:

Ensure access to "integrated people-centred services", so that globally, 40 million people with TB are diagnosed and treated between 2018 and 2022 of which 3.5 million are children.

Leave no one behind through global and multi-sectoral collaboration. Special attention should be given to to the poor, vulnerable and marginalized people.

Accelerate research and innovation efforts. By 2025, we should have delivered a new, safe and cost-effective TB vaccine and have point of care diagnostics and shorter treatment regimens.

Provide bold leadership and multi-sectoral accountability at national and global levels, including progress reports to the UN General Assembly by 2020.

After the meeting, South Africa will reflect on these "asks" and decisions that had been taken. The country will then "customise" these resolutions so that we can we can implement them in the most effective way possible.

But we need a groundswell of support from the public to do this. Every South African should know the signs and symptoms of TB, so that those who have TB are diagnosed and treated. Research shows that each person with active TB, can infect 10 to 15 other people with the bacterium.

We need to stop that cycle.

More than a decade ago, our departed icon, President Nelson Mandela, himself a survivor of TB, said the following at the International Aids Conference in Bangkok, Thailand in 2004: "The world has made defeating Aids a top priority. This is a blessing. But TB remains ignored. Today we are calling on the world to recognise that we can't fight Aids is unless we do much more to fight TB as well."

Every South African must make it their responsibility to prevent the spread of TB - it's the only way that we will turn the tide against this massive public health threat.

Previous Story
Showdown - SA Takes On the US for Cheaper Drugs
Next Story
Buhari at UNGA, Pledges Nigeria's Commitment Against Tuberculosis

Showdown - SA Takes On the US for Cheaper Drugs 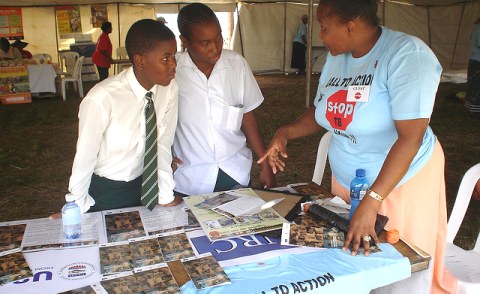 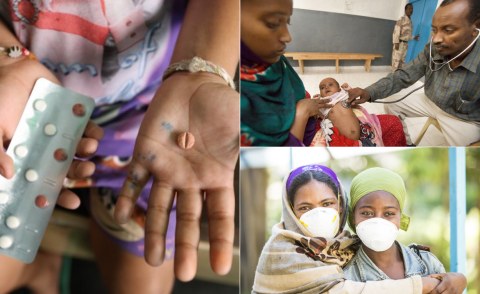 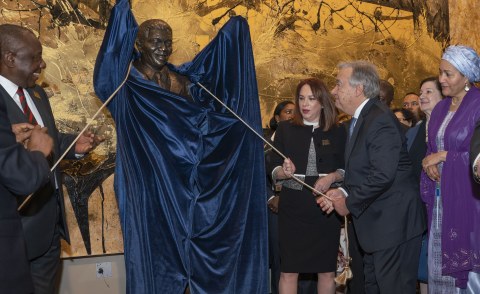 Following Mandela's Path to Building a Peaceful, Prosperous World
Tagged:
Copyright © 2018 Bhekisisa. All rights reserved. Distributed by AllAfrica Global Media (allAfrica.com). To contact the copyright holder directly for corrections — or for permission to republish or make other authorized use of this material, click here.