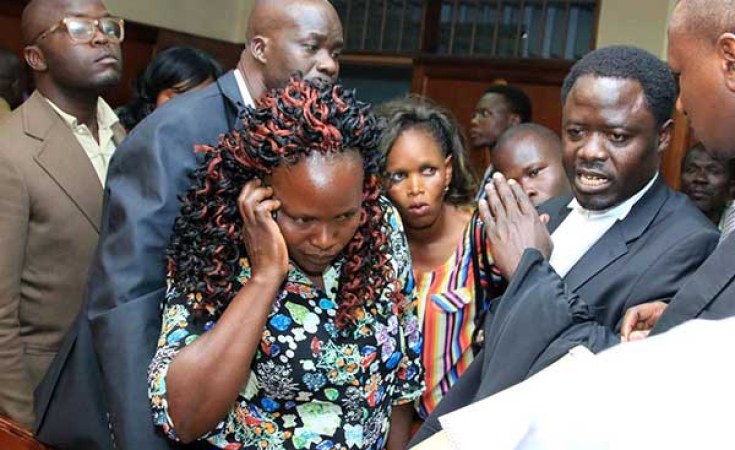 "You can appear before any other judge for a mention and direction on October 8, also the bail application and any other orders, the accused remains remanded," said Justice Lessit.

His lawyer had requested that the judge recuses herself from handling the bail application hearing.

He also requested to be furnished with witness statements to be used against his client in the trial.

The prosecution told the court that the said documents could be availed soonest by the date of bail application.

The prosecution is accusing Mr Oyamo of luring Ms Otieno from her parent's home in Homa Bay to Rongo, Migori, from where she and Nation journalist Barrack Oduor were handed over to killers.

In documents filed in court, Mr Oyamo made a false report at Uriri Police Station that he had been kidnapped.

According to the investigating officer, the accused lied that he was kidnapped and found himself at Kisii Level 5 Hospital being treated at 9am.

But investigations revealed that Mr Oyamo was never a patient at the said facility on the said date.

"The accused person played a key role in the planning and eventual execution of the victim and her unborn child," said investigating officer Clement Mwangi.

In an affidavit, the court was told that the victim's family is living under threats and intimidation believed to be perpetrated by the accused through accomplices.

The judge heard journalist Oduor implicates Mr Oyamo, the governor, Mr Caspal Ajwang Obiero and other suspects who have not yet been arrested.

Mr Obiero, also a personal assistant to the governor and Mr Oyamo, were the ones allegedly tasked with managing Sharon's pregnancy to avoid a public scandal on Mr Obado.

"In view of the intricate relationship between the accused persons and confessions recorded by suspect Jackson Otieno Gombe, it is extremely dangerous to release the accused on bail for he remains a serious danger to society and the witnesses that may appear and testify in the case," said Mr Mwangi.

Mr Gombe is the driver of a black Toyota Fielder that operated as a taxi in Migori Town and was used in the murder. He was arrested and detained for 10 days last week.

Outside court, Sharon's mother called for justice to take course. 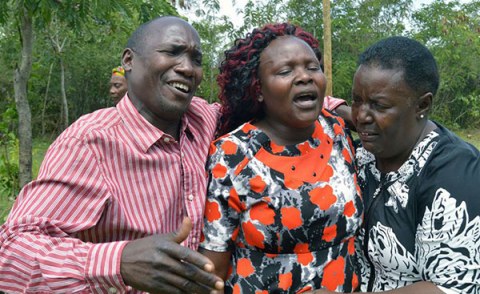 Sharon Otieno's Family Appeals for Help to Foot Burial Costs
Tagged:
Copyright © 2018 The Nation. All rights reserved. Distributed by AllAfrica Global Media (allAfrica.com). To contact the copyright holder directly for corrections — or for permission to republish or make other authorized use of this material, click here.