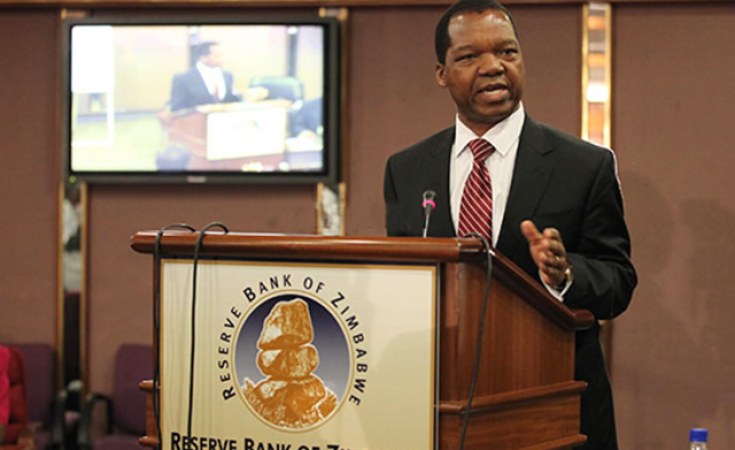 The monetary policy to be announced by Reserve Bank of Zimbabwe Governor Dr John Mangudya today is expected to proffer solutions to prices that have been going up and announce measures to create financial stability in the economy.

Speaking ahead of the Monetary Policy Statement yesterday, Dr Mangudya said the statement will be designed to deal with the various challenges facing the economy.

"The Monetary Policy Statement will be issued tomorrow (today) and is aimed at addressing price and financial stability in the economy," said Dr Mangudya.

"As you know, our responsibility as defined in the RBZ Act, is to ensure price and financial stability, so that is what we will be addressing in the statement."

Dr Mangudya said the RBZ would also address the foreign currency shortages that have seen the emergence of a parallel market for the greenback.

Zimbabwe is facing foreign currency shortages that have seen prices of basic commodities rising as companies struggle to raise money for the purchase of equipment and essential raw materials.

Dr Mangudya said a team from the International Monetary Fund (IMF) was in Zimbabwe for consultations ahead of the institution's annual meeting in Bali, Indonesia.

"The IMF team arrived in the country on Thursday for review meetings ahead of the IMF and World Bank annual meetings in Bali, Indonesia," he said. "We expect to also hold several bilateral meetings on the sidelines of the meetings in Bali."

Zimbabwe has failed to access lines of credit from the multilateral institutions because of arrears in payments of previous loans and also due to the illegal Western sanctions regime that bars multilateral lending institutions with dealings with the United States from extending balance of payment support to Zimbabwe.

Government has, however, been engaging with the Bretton Woods institutions.

President Mnangagwa has prioritised re-engagement with foreign governments and multilateral institutions to assist in turning around the fortunes of the economy that has been affected by years of isolation and sanctions imposed by the West.

Zimbabwe intends to achieve middle income status by 2030, with the President's emphasis being on growing the economy and less on politics.

Several initiatives have been embarked on as part of measures to achieve the desired target of achieving the growth of the economy.

These include creating a conducive environment for Foreign Direct Investment (FDI) and fighting corruption in all sectors of the economy.

The Rich Spitting in the Face of the Dying

Entire Zimbabwe Revenue Authority Gets the Boot
Tagged:
Copyright © 2018 The Herald. All rights reserved. Distributed by AllAfrica Global Media (allAfrica.com). To contact the copyright holder directly for corrections — or for permission to republish or make other authorized use of this material, click here.