Zimbabwe's Rich Spitting in the Face of the Dying 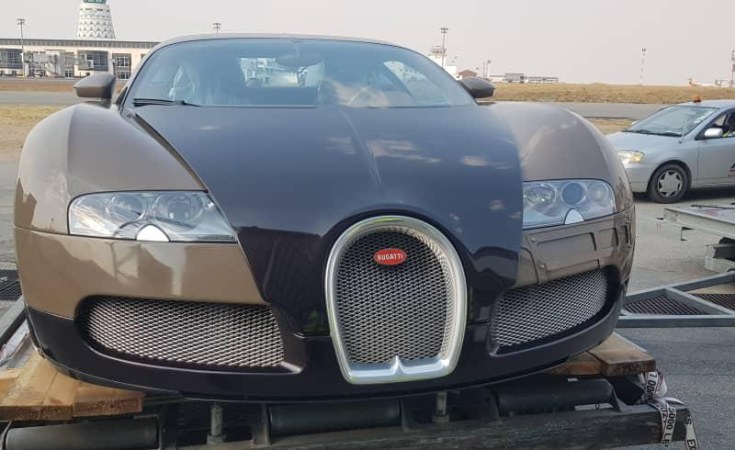 Harare — Despite the broke country enduring an escalating cholera outbreak that has claimed dozens of lives, some Zimbabwean entrepreneurs are exercising their financial muscle by splurging on multimillion-dollar vehicles.

The latest set of luxury wheels to turn heads as the water borne disease spreads with no end in sight is a mouthful - a Bugatti Veyron Fbg par Hermès, one of only 20 in the world.

Carrying a price tag of over US$3 million (about R42,5 million), it was offloaded on Friday at the Robert Mugabe International Airport in the capital Harare, which is the epicentre of the cholera outbreak that had killed about 50 people and left 5 000 hospitalised by this past weekend.

It is said to belong to South African-based Zimbabwean businessman (name supplied to CAJ News).

According to the Bugatti website, the name of this highly exclusive model refers to the main Hermès store on the Rue du Faubourg Saint-Honoré in the eighth Arrondissement of Paris, the "Fbg" stands for Faubourg.

The road beast represents a perfect blend of the technical and aesthetic finesse of Émile Hermès and Ettore Bugatti, according to the website.

With a top speed of 407 kilometres per hour, it the second luxurious car to be offloaded in Harare in as many months.

In August, as the cholera outbreak was confirmed, a Bugatti Veyron, Diamond Edition, was delivered.

The car is a special edition of the Veyron 16.4, which was limited to four units globally.

Media speculated it belonged to a Zimbabwean businessman based in South Africa.

While the majority wallows in poverty, elites are leading opulent lifestyles and are never troubled flaunting their wealth.

However, others strive to be exemplary.

Strive Masiyiwa, the telecommunications mogul, who is widely believed to be the richest Zimbabwean, recently donated $10 million (about R141,5 million) to help fight the cholera scourge.

Masiyiwa also own global mobile network called Econet Wireless, which is the largest in Zimbabwe.

The God fearing Masiyiwa also owns one of the country's leading banks called Steward Bank with Pan African international sports television channel Kwese yet he responds to the country's social responsibilities while fellow Zimbabweans with the means only splash their wealth without considering the less privileged.

Masiyiwa supports a diverse range of health issues including campaigns against HIV/AIDS, cancer, malnutrition, and Ebola, he is recognised as one of the most prolific philanthropists to ever come out of Africa.

Entire Zimbabwe Revenue Authority Gets the Boot
Tagged:
Copyright © 2018 CAJ News Agency. All rights reserved. Distributed by AllAfrica Global Media (allAfrica.com). To contact the copyright holder directly for corrections — or for permission to republish or make other authorized use of this material, click here.