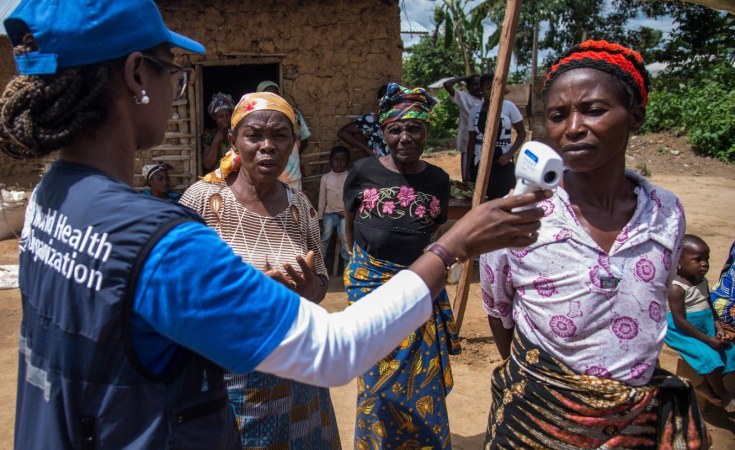 Kinshasa — A deterioration of security conditions caused by armed rebel groups is worsening the outbreak of the Ebola virus in the eastern Democratic Republic of Congo (DRC).

More than 100 people have died in recent weeks particularly in the provinces of North Kivu.

The World Health Organisation (WHO) said the prevalence of rebel groups were threatening progress made by government and humanitarian organisations to counter the spread of the deadly virus.

"These advances obtained with difficulty today risk being reduced to nothing. First, attacks by armed opposition groups are more frequent and more serious," lamented a spokesperson of the WHO.

In the city of Beni, North Kivu, where the Ministry of Health and its partners have set up their headquarters for the response, these attacks have come at an alarming rate.

On September 22, an attack killed 21 people, including 17 civilians.

WHO and its United Nations partners were asked to suspend their operations in Beni while the city was mourning the dead.

Some operations have resumed, but due to the suspension, health workers have unable to reach patients' contacts to check their health status or investigate potential cases.

This is the tenth outbreak of Ebola to affect the Central African country.

The latest outbreak and the violence by armed groups come as DRC prepares for elections set for December.

Failure by President Joseph Kabila to cede power in 2016 is blamed for the insecurity.

In power since 2001 following the death of his father, Kabila is not available for re-election.

Previous Story
Next Story
Ebola Outbreak 'At Critical Juncture' - WHO

Ebola Outbreak 'At Critical Juncture' - WHO

WHO Calls Crisis Meeting Over Ebola
Tagged:
Copyright © 2018 CAJ News Agency. All rights reserved. Distributed by AllAfrica Global Media (allAfrica.com). To contact the copyright holder directly for corrections — or for permission to republish or make other authorized use of this material, click here.