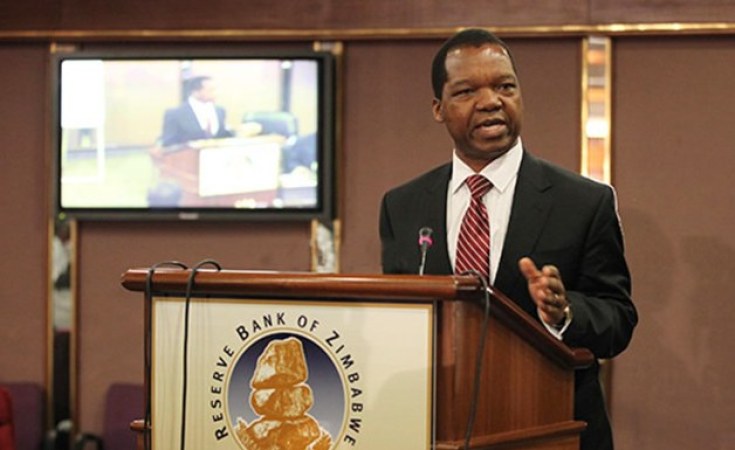 Fuel queues that resurfaced in most parts of the country over the weekend are expected to ease this week following the release of US$41 million by the Reserve Bank of Zimbabwe (RBZ) last Friday towards fuel procurement, central bank Governor Dr John Mangudya has said.

The money is part of the US$500 million line of credit announced in the Monetary Policy Statement issued by RBZ last week to fund the procurement of essential commodities that include fuel, electricity, wheat, raw materials for the manufacturing of cooking oil, packaging and other basic commodities.

"The Reserve Bank of Zimbabwe wishes to advise members of the public that it has started drawing down foreign currency from the US$500 million lines of credit advised in the Monetary Policy Statement issued by the bank last week," said Dr Mangudya in a statement yesterday.

"The bank released US$41 million for the procurement of fuel on Friday, the 5th of October, 2018 and the fuel is currently being supplied and delivered to the various filling stations and supply points across the market," he said.

In light of these developments, Dr Mangudya reiterated that there was enough fuel in the country, hence there was no need for panic-buying and hoarding.

"In view of these positive developments, the bank would like to assure the public that there is sufficient fuel available in the country and therefore there is no need for panic-buying of fuel and other essential commodities," he said.

He paid tribute to the National Oil Company of Zimbabwe for ensuring that the fuel was delivered to oil marketing companies across the country.

"The opportunists are manipulating foreign currency parallel market rates to cause unnecessary panic and despondency and destabilisation of the economy. Such counterproductive behaviour is unwarranted and should be condemned by all peace-loving Zimbabweans," said Dr Mangudya.

Dr Mangudya insisted that the multi-currency system would remain in place and that the RBZ would continue to secure more lines of credit to supplement the country's foreign currency earnings, mainly from exports and diaspora remittances.

The past week has seen foreign currency parallel market rates spiralling. As of yesterday, US$100 was being sold at $265 for electronic transfers and $215 for Bond notes. These changes saw an increase in prices of basic commodities such as cooking oil, sugar and many others.

The health sector has also responded with some medical institutions suspending use of point of sale machines and mobile money transfers.

"We have made a temporary upward adjustment to stock prices across the board and this is effective immediately, while we monitor the situation throughout the weekend," said the Avenues chief executive Mr Searchmore Chaparadza.

He said the review was temporary and could be amended by Monday (today) depending on the situation on the ground.

Trinity Pharmacy also wrote to medical aid societies that it was no longer accepting medical aid cards, arguing that their suppliers required foreign currency, which they could only access at parallel market rates.

Workers Defy Ban to Protest New Zimbabwe Tax
Tagged:
Copyright © 2018 The Herald. All rights reserved. Distributed by AllAfrica Global Media (allAfrica.com). To contact the copyright holder directly for corrections — or for permission to republish or make other authorized use of this material, click here.