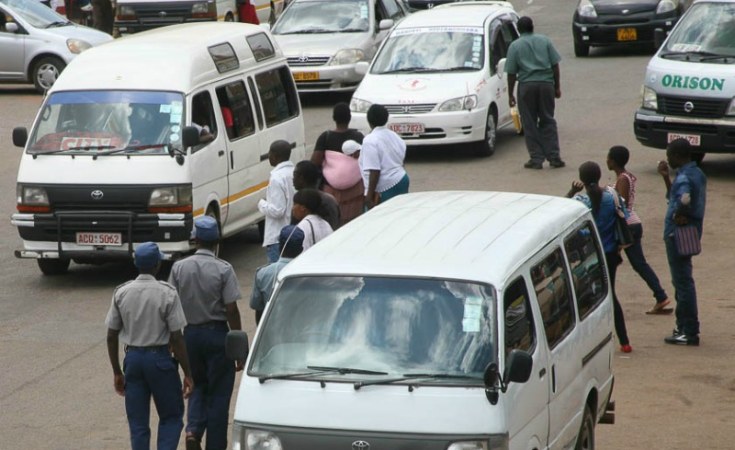 This is despite Reserve Bank of Zimbabwe (RBZ) governor John Mangudya revealing Sunday that the apex bank has availed $40 million for procurement of fuel.

"The Bank released US$40 million for the procurement of fuel on Friday, the 5th of October, 2018 and the fuel is currently being supplied and delivered to various filling stations and supply points across the market," he said.

"The Bank is grateful to the National Oil Company of Zimbabwe for working around the clock to ensure that the fuel is delivered to the oil marketing companies across the country."

The pronouncement however seems to have failed to pacify restive commuter operators who are insisting on fare hikes.

Zimbabwe has been burning since the announcement of Finance Minister Mthuli Ncube's much criticised two cents per transacted dollar tax.

Commuter operators in Kwekwe and Gweru told newzimbabwe.com that fares from suburbs to the city centres are going to be increased.

In Kwekwe commuters used to pay $0,50 from suburbs such as Mbizo while those from Amaveni have been paying $0,25 but starting today (Monday) commuters will be paying $0,75 to the city centre.

From Kwekwe to Redcliff commuters are now paying $1.

"We are left with no choice but to hike fares considering that we are experiencing fuel shortages," a commuter operator who identified himself as Brian Kuziva who plies the Kwekwe-Mbizo route said.

"It is not our fault as operators because most of us are not getting fuel through the conventional means.

"Of late we have been getting fuel from the black market not the pumps and we are forced to pay more for the commodity."

Meanwhile, commuter operators in Gweru have said the $0,50 fare from the city centre to suburbs such as Mkoba and Senga was pegged during the dollarization period.

One of the operators who plies the Senga route who identified himself as Charles Maguraushe said it's no longer viable to continue with the same pricing system following skyrocketing costs of car parts.

"It's now two days since we started to charge 75 cents as the fares we have been charging were gazetted in 2009 during the dollarisation period," he said.

"Right now, it's no longer viable if we are to consider the fact that we used to purchase engine oil which was ranging from at least $18-$25; now it has shoot up to $75 per five litres.

"Brake pads used to range between $10-$13 now its $42 and the situation leaves us with no choice but to increase fares if we are to remain in business."