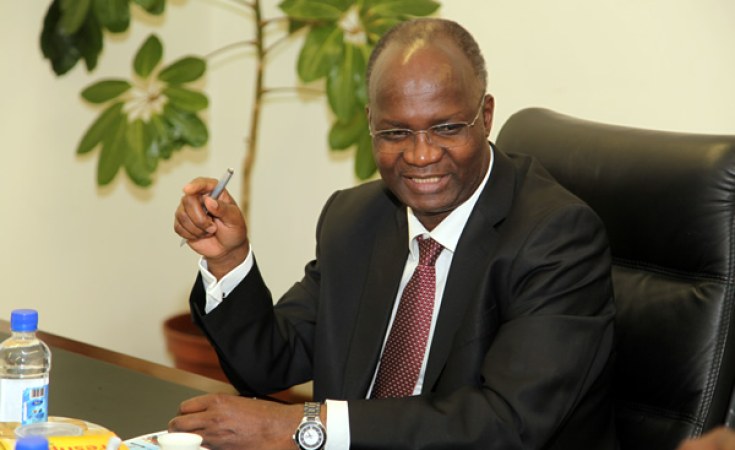 Self-exiled and former Cabinet Minister, Professor Jonathan Moyo has thrown a jibe at Reserve Bank of Zimbabwe (RBZ) governor, Dr John Mangudya over his claims that price hike of commodities which have this week doubled coupled with fuel and drug shortages are all caused by panic buying with the former saying the problem with the Southern African country's economy is governance.

Professor Moyo sped off from the country during the November 2017 military inspired protest that saw Robert Mugabe tendering his resignation.

Writing on his micro blog twitter late yesterday, Moyo, who has remained a sharp critic of President Emmerson Mnangagwa's administration, mocked at the new financial measures and Mangudya's response on wild price hikes as unreasonable.

"A message doing rounds asks: If as claimed by RBZ Governor Mangudya, shortages of basic commodities such as fuel are caused by panic buying; what is causing shortages of medicines in hospitals and pharmacies? Panic illness? Panic cholera or panic diarrhea? It's governance, stupid!

"If you have 1USD you can't buy one loaf of bread. But if you sell that 1USD for RTGS FCA, you can buy two and a half loaves. Distortions thanks to the painful so-called monetary measures widely rejected by industry, commerce, workers, students, peasants, consumers & investors!" said Moyo.

Moyo further jumped into the state newspaper, alleging that the printing machine is now running light work at the largest daily state publication as number of copies used to be printed out has decreased.

"While @Zimpapers is busy with propaganda to support the inherently unworkable and painful so-called monetary measures, the one dollar paid in RTGS FCA for a #Herald copy is 0.37 cents in real money. Herald is running at a loss and has cut down its daily print run from 26K to 11K!."

Money changers in Harare's RoadPort projected that by the end of the week the bond note value will have gone down the drain given the rate at which it is climbing down every hour leaving a potential crisis looming.

Zimbabwe Govt Concedes Bond Notes Not Equal to Greenback
Tagged:
Copyright © 2018 263Chat. All rights reserved. Distributed by AllAfrica Global Media (allAfrica.com). To contact the copyright holder directly for corrections — or for permission to republish or make other authorized use of this material, click here.