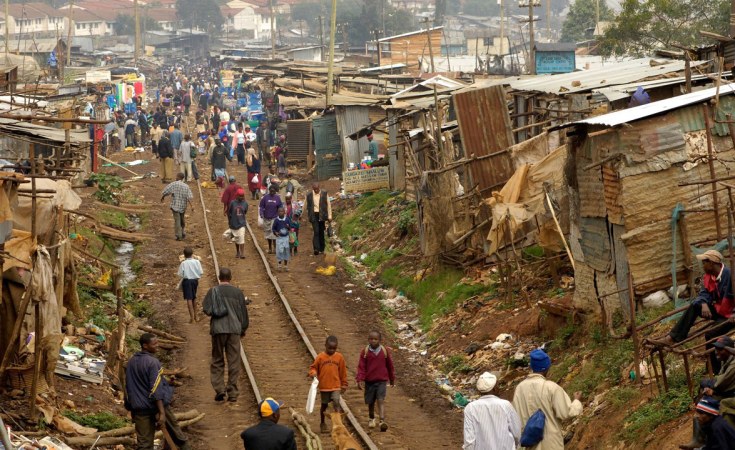 Nigeria, Singapore, and Argentina are among a group of governments that are fueling inequality, according to a newly released edition of the Commitment to Reducing Inequality Index developed by Oxfam and Development Finance International.

The Index ranks 157 countries on their policies on social spending, tax, and labor rights - three areas the organizations say are critical to reducing inequality. It found a clear divergence between governments such as the Republic of Korea, Indonesia, and Georgia that are taking positive steps to reduce the gap between rich and poor, and governments that are making it worse. However, all countries, even those at the top, could be doing much more.

The Index comes ahead this week's meeting of finance ministers, central bank governors, and other economic leaders at the World Bank and International Monetary Fund Annual Meeting in Bali, Indonesia.

Singapore is now in the bottom 10 countries in the world at tackling inequality ranks 149, despite being among the world's wealthiest nations. This ranking is, in large part, due in part to a new indicator on the extent to which a country's policies enable corporate tax dodging. It also has no minimum wage to its workers, except for cleaners and security guards.

Nigeria ranks last for the second year in a row due to low social spending, worsening labor rights violations, and poor tax collection. The ranking reflects the well-being of the country's population: one in 10 children die before their fifth birthday.

By comparison the Republic of Korea has taken significant steps to tackle inequality - boosting the minimum wage by 16.4 percent, increasing taxes on wealthy people and corporations, and expanding social spending. Other countries making progress include Georgia, which increased spending on education by almost 6 percent in 2017-- more than any other country-- and Indonesia, which increased its minimum wage by nearly 9 percent last year.

Denmark tops the Index thanks to a long history of policies that have delivered high and progressive taxation, generous social spending, and some of the best protections for workers in the world. However, recent Danish governments are rolling back many of these policies and inequality has risen rapidly.

Countries such as Argentina and Brazil also score well because of actions taken by previous administrations. However, a 20-year social spending freeze in Brazil and austerity measures in Argentina are putting this progress at risk.

China spends more than twice as much of its budget on health than India, and almost four times as much on welfare spending, showing a much greater commitment to tackle the gap between rich and poor.

This second edition of the Index improves on the methodology used last year by including new indicators on tax dodging and violence against women and relying on more up-to-date sources of data. The new indicator on violence against women reveals that despite the significant gains made in recent months by the #MeToo and other women's rights movements, less than half of countries have adequate laws on sexual harassment and rape.

Inequality slows economic growth, undermines the fight against poverty and increases social tensions. The World Bank predicts that unless governments tackle inequality then the goal of eradicating extreme poverty by 2030 will not be met and almost half a billion people will still be living in extreme poverty.

Winnie Byanyima, Oxfam International's executive director, said: "Simply put, inequality traps people in poverty. We see babies dying from preventable diseases in countries where healthcare budgets are starved for funding, while billions of dollars owed by the richest are lost to tax dodging. We've heard from women living on poverty wages and facing hunger, seeing none of the wealth they create. None of this is inevitable. Governments often act like they're committed to fighting poverty and tackling inequality--this Index shows us if their actions match their promises."

Matthew Martin, Development Finance International's director, said: "What's most striking is how clearly the Index shows us that combatting inequality isn't about being the wealthiest country or the one of the biggest economy. It's about having the political will to pass and put into practice the policies that will narrow the gap between the ultra-rich and the poor. This index clearly lets us see who's doing that and who's not."

Africa's 3 Richest Men Have More Wealth Than Poorest 650 Million
Tagged:
Copyright © 2018 Oxfam International. All rights reserved. Distributed by AllAfrica Global Media (allAfrica.com). To contact the copyright holder directly for corrections — or for permission to republish or make other authorized use of this material, click here.