Kenya: The 14 Traditional Burial Rites of the Luo People of Kenya 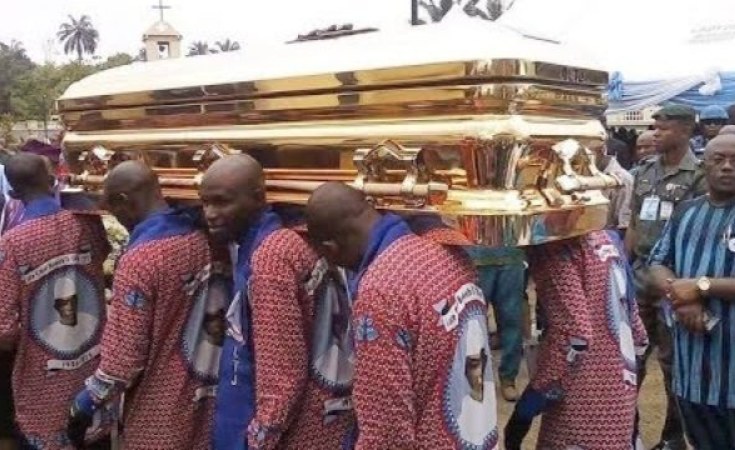 Photo: The Guardian
Traditional Burial Rites Of The Luo People Of Kenya
The Guardian (Lagos)
By Augustina Okpechi

Burials of oneself are event one does not get to witness. However, you can imagine what it will be for it will accord your deeds, sex, occupation, religion, age, marital and social status, circumstances that surround your death, and sometimes, your attitude to burial rituals during your lifetime.

For the Luo people of Kenya, burial is a ceremony that affects the relatives of the deceased as well as the entire community.

As such, burial ceremonies are treated with care and respect that speaks of the individual involved. Traditionally, the people of Luo undertake fourteen rituals before it can be said that a funeral is complete. Factors such as those stated earlier take its role in determining how many of those rituals actually take place.

Deaths are announced with the loud wailing of women, accompanied by the sound of drums. It is done either late in the evening which tells you that an elderly person has passed or in the early hours of the morning. However, if a baby dies in the morning, the announcement is made immediately and burial did the following morning.

Also called padho, meaning 'sitting without doing nothing'. The close relatives of the deceased are expected to stay within the compound of the deceased until the burial day.

The grave site is decided either by church members, by circumstances or by any of the male kin of the deceased. If young and unmarried, a male is buried by the right side of his mother's house, if married with children, a female is buried on the left side of her house. Digging is done in the night through the wee morning, followed by the burial itself.

Accompanying the spirit of the dead

This ritual here is exclusive to the males. Carried out close to the river, it is done to ensure that water drags out the spirit. The animal killed in this ritual is determined by the status of the dead. When a young person dies, a cock is killed, when it is an elder, a cattle is killed and the ritual is done again with a cock.

This marks the beginning of a new life for the spouse of the deceased and to free them from the mourning taboo. A man is only involved when the woman who died was his first wife.

Close relatives race back to their homes according to the order of age.

Meal serving with the deceased

This here is done twice, one by the married women and the other by the children of the deceased. The relatives return to share a meal with the deceased in order to make them happy, also signifying the start of a new life. This ritual takes exception to bachelors.

The last rites are the sharing of properties, remembrance of the dead and sharing a meal with the family of the deceased by affines.

Other rituals may assume which is not a part of the fourteen as the situation may be. Such as in the case of a dead virgin girl. In this regard, a ritual to deflower the girl by an elderly woman holds.