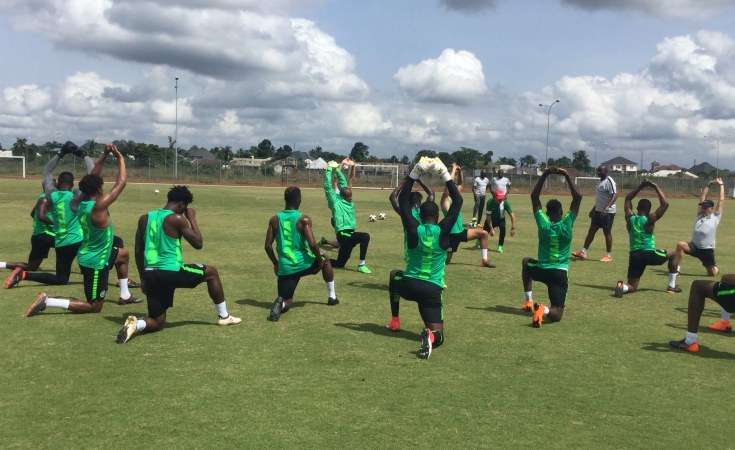 Stand -in skipper Ahmed Musa and 21 other invited Super Eagles have arrived in Uyo, capital of Akwa Ibom State ahead of Saturday's 2019 Africa Cup of Nations qualifier against the Mediterranean Knights of Libya.

The spokesman of the Nigeria Football Federation (NFF), Ademola Olajire said the arrivals enabled Coach Gernot Rohr and crew to organize a full training session on Tuesday evening, as the three -time African champions prepare to pluck all three points from the Group E pace -setters.

Only Russia -based wing back Bryan Idowu and China -based forward Odion Ighalo are being expected on Wednesday.

The Mediterranean Knghts top Group E with four points, while South Africa (winner over Nigeria before they drew with Libya) are second and Nigeria, who lost to South Africa and defeated Seychelles, lie third.

The Libyan Football Federation confirmed on Monday that a 54 -man delegation comprising players, technical crew, backroom staff and LFF officials will fly into Ibom International Airport, Uyo aboard a chartered aircraft on Thursday.

Match officials from the Democratic Republic of Congo, as well as the referee assessor from Mali and the security officer from South Africa, will arrive in Nigeria on Thursday and then fly to Uyo on Friday morning.

Libya Not a Threat to Nigeria - Rufai

Afcon Qualifiers Enter Sink-Or-Swim Stage
Tagged:
Copyright © 2018 Daily Trust. All rights reserved. Distributed by AllAfrica Global Media (allAfrica.com). To contact the copyright holder directly for corrections — or for permission to republish or make other authorized use of this material, click here.