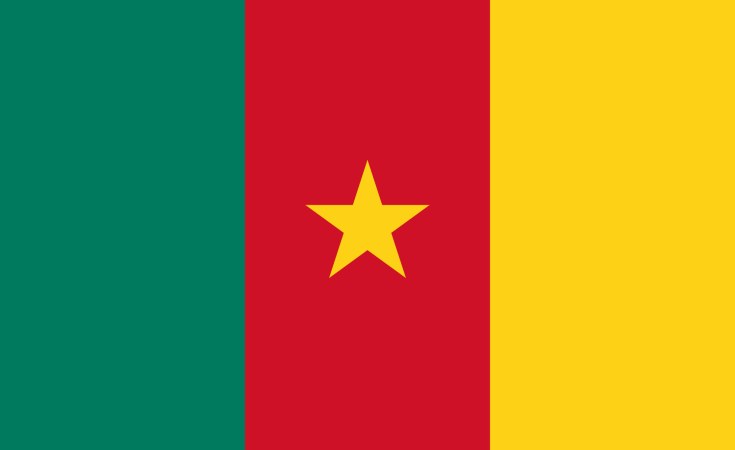 Authorities in Cameroon are appealing for calm after hundreds of youths marched through the streets of Yaounde, celebrating what they called the victory of their candidate, Maurice Kamtos, in Sunday's presidential election. No results have been released yet from the election, in which eight candidates challenged longtime President Paul Biya.

Hundreds of young people demonstrating in the streets of the capital sing songs urging President Paul Biya to step down. They sing that they believe their candidate, Maurice Kamto of the Cameroon Renaissance Movement Party, won Sunday's presidential election.

The demonstration began after Kamto declared victory in the polls, without giving any election results.

The ruling Cameroon People's Democratic Movement organized a news briefing that was broadcast live on state TV to counter the declaration made by Kamto.

Party Central Committee Secretary-General Jean Nkuete said Kamto exploited the naivete of the youths and sent them into the streets in an effort to win power at all costs.

Nkuete accused Kamto of breaking the law by announcing that he won the election.

"We express our surprise, our indignation and worry in the face of such irresponsible declaration that has no foundation. They are doing this in a bid to cause an uprising of the population to defend an imaginary victory," he said.

Kamto is not the only candidate claiming victory. Cabral Libii of the opposition Universe Party announced he is leading the vote count.

Opposition candidate Garga Haman of the Alliance for Democracy and Development says two candidates want to create social unrest to oust President Paul Biya, who has led Cameroon for 36 years.

"Those two candidates are in a hurry to go to Etoudi [to be president]. Not yet my dear friends, not yet. Let us wait for the decision of the constitutional council. There is no reason to go on to the streets. Do not exploit the mentality of the youths," he said.

Cameroon's electoral code states election results are proclaimed by the Constitutional Council 15 days after the polls. It forbids the early publication of results.

Government spokesman Issa Tchiroma says sanctions are being prepared for Kamto, Libii and anyone who takes it upon himself to publish results.

"There is a threat, a threat at home. It is unwise to describe the measures which are already taken and which will be implemented in case any need be [arises], but I invite you as a citizen and lover of your nation to stand against this horrible statement. Measures will be taken. What are they, well, by the efficiency you will notice that they are already taken," said Tchiroma.

Sunday's poll was marred by low turnout, especially in the English-speaking Northwest and Southwest regions where armed separatists fighting for independence had vowed the polls will not take place.

Despite the turmoil, Biya, one of Africa's longest serving leaders, is expected to win in the face of a deeply divided opposition.

Cameroon Opposition Wants Presidential Elections Annulled
Tagged:
Copyright © 2018 Voice of America. All rights reserved. Distributed by AllAfrica Global Media (allAfrica.com). To contact the copyright holder directly for corrections — or for permission to republish or make other authorized use of this material, click here.