Africa: How Can Continent Address Social Barriers Faced By Women? 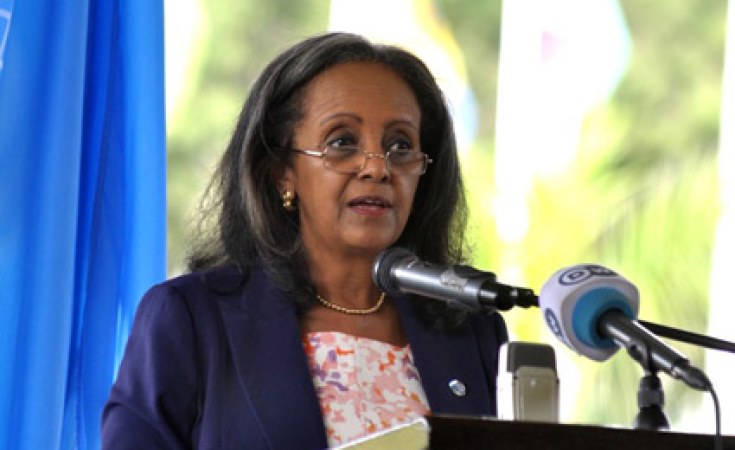 A few years ago, Olatorera Oniru, a young Nigerian female entrepreneur, started a fashion company which would later put her on a journey of establishing one of the fastest growing consultancy firms in her country.

Oniru is the chief executive officer of Dressmeoutlet.com, a Lagos-based e-Commerce firm that retails fashion, health and beauty products in Nigeria.

She is also the founder of Olatorera Consultancy Limited that provides business development and other consultancy services.

Oniru's entrepreneurial journey began at a time when girls and women were facing a lot of negativity from society.

"My journey started when I was 13. My daddy told me; look, Olatorera, I have ten other children, you are on your own and I need you to be ambitious, to grow and to be successful. The beginning of my journey started with that conversation with my dad," she recalled.

The entrepreneur did not particularly go through the common challenges that women entrepreneurs face in Africa. But starting her entrepreneurial journey in the United States where being a black woman was hard, her story resonates quite similar with that of many African women.

"When I was graduating from university [in the United States], one of my professors said, don't apply to that company; they don't hire people that are skin-coloured. But I applied and I got the job," she added amidst loud cheers from enthusiastic youth gathered at the Kigali Convention Centre for the second YouthConnekt Africa Summit.

The story of Oniru is a common story of the rising generation of young girls and women standing up to make their ideas a reality and pursuing projects that they believe will reflect their role in the development of the continent.

Alonga stresses a point during the summit yesterday.

It is a story she shares with Dominique Uwase Alonga, a Rwandan female author and entrepreneur whose entrepreneurial journey began at the age of 22.

Alonga narrated that by the time she was getting herself into entrepreneurship, she faced a lot of discouragements both as a young entrepreneur and as a woman who was going into business.

"But my story now is proof that I was able to do something for myself, regardless of the external [voice] that kept telling me how I had no capacity to achieve what I wanted to achieve," she noted.

Alonga now runs one of the few privately-owned publishing houses in Kigali - Imagine We Rwanda.

She, however, thinks that while there are a lot of external barriers, there are also a lot of internal voices that African girls and women need not to listen to if they are to thrive.

"I think there is a louder voice that used to tell me that I was not able to do what I wanted to do. It is the same internal voice that many women have. We should be able to heed our own [negative] internal voices," she said.

The two are success stories of women who have defied the odds to chase what they wanted to pursue in life. But, generally, many women still continue to face debilitating social and cultural norms in many African societies, making their developmental journeys difficult.

Yet, women are the backbone of African families and economies, according to Donatile Mukabalisa, the Speaker of the Chamber of Deputies.

"Women bear our children, they feed them and they transfer the values that drive the next generations," she said, highlighting the need for Africa to invest more in girls from an early age, through equal opportunity to education, nutritious feeding and healthcare.

At the moment though, the story is different.

Mukabalisa noted that in most countries, girls drop out of school much earlier than their brothers as they are expected to support their families with domestic chores.

"Girls are also often vulnerable to sexual abuse at an early age, and as a result end up teen mothers," she said.

According to the UN Women studies, women make up more than 50 per cent of Africa's population and 80 per cent of them reside in rural areas.

Diana Ofwona, the UN Women Regional Director for West and Central Africa, indicated that most of these women face challenges that arise from society traditions and norms.

"Some of these challenges include the weight of tradition where in Africa we find a lot of instances where traditions favour men and boys, and at times, disempowers women and girls," she said.

She highlighted that there are harmful cultural practices like female genital mutilation, child marriage and some norms and stereotypes that relegate the young girls and woman to the back burner of development.

On the other hand, she said, girls continue to face hardships to access formal and informal education as a result of poverty, early pregnancy, and preference for male child education, as well as gender-based violence, among others.

The woman activist sent a powerful message to the young girls who are attending the three-day event, pointing out that "focus" was an important aspect for girls to realise their potential.

"My father used to ask me questions like; why are you not number one? Who have you left that chance for? And sometimes I would say number one is for Sarah, she is so intelligent and I can't get there; let me contend with number two," she recalled, telling girls to go for number one.

"Be bold and be unapologetic for what it is that you want. As a woman and a girl, go for it," she added.

Speaker Mukabalisa emphasised that all people should recognise that gender equality is a fundamental human right and that women and girls have valuable capacity, skills, talents that countries should benefit from. 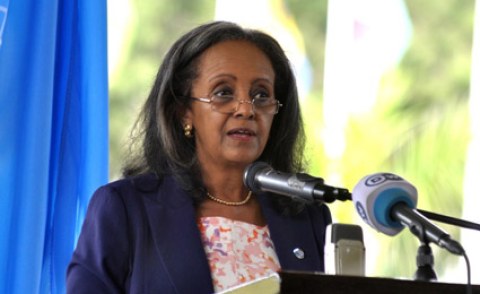 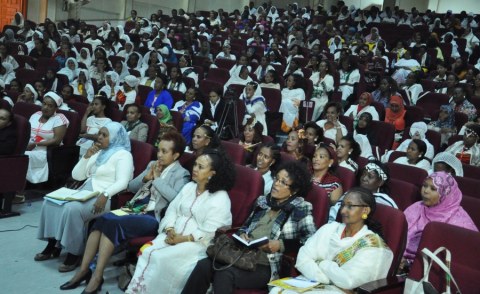 To The Women Who Feed the World
Tagged:
Copyright © 2018 The New Times. All rights reserved. Distributed by AllAfrica Global Media (allAfrica.com). To contact the copyright holder directly for corrections — or for permission to republish or make other authorized use of this material, click here.